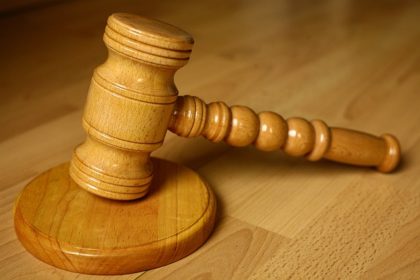 One accused was arrested in Mogwadi. The other accused fled and were subsequently cornered by the SAPS in Polokwane. The SAPS and the accused engaged in a shootout, one suspect was killed and two other accused persons were arrested in Polokwane. The stolen vehicle was recovered with the firearms and ammunition which had allegedly been stolen from the Complainants in Mogwadi. The accused persons were all charged with 5 counts of attempted murder, 1 count of murder and the possession of firearms and ammunition. The charges faced by the accused persons were Schedule 6 offences in terms of the Criminal Procedure Act 51 of 1977 (“the Act”) which required a formal bail application.

The DPP, in an opinion submitted to the Court, was of the view that the Court should find that the bail application of the accused was in accordance with Justice. It was the DPP’s submission that the Court should order that a written authority issued by the DPP directing that the charges emanating from the different districts aforesaid be centralised to one district to cure any defects, alternatively the DPP submitted the bail proceedings were in accordance with justice in relation to the charges emanating from the Molemole district.

The Court was called upon to determine whether the failure by the Prosecutor to approach the DPP and the Regional Court President to obtain written authority and determine the appropriate court for the bail application rendered the bail proceedings irregular and thus fall to be set aside. The Court held that bail proceedings are generally heard within the district where the offences were committed.

With regards to the written authority to be obtained from the DPP, the court referred to section 50(6) of the Act. Section 50(6) states that where an accused is charged with a schedule 6 offence the bail application must be considered by the Magistrates court, provided that the DPP or a prosecutor duly authorised, may if he/she deem it necessary for the administration of justice, direct in writing that the application must be considered by a regional court. The bail application was heard in the Regional Court. The record of the bail proceedings indicated that no written authorisation was handed prior to the commencement of the bail proceedings.

With regards to which court ought to have heard the bail application, the Court referred to section 90(8) of the Magistrates Courts Act 32 of 1944. Section 90(8) states, inter alia, that where an accused has allegedly committed offences within different districts, the attorney-general (now the DPP) may direct that the proceedings be commenced in the court of any particular district within the attorney-general’s area of jurisdiction and the court of the regional division within whose area of jurisdiction the court of such district is situated shall likewise have jurisdiction if such an offence is an offence which may be tried by the court of a regional division.

The Court held that the prosecutor was obliged to approach the DPP to obtain authority that identifies the court where the bail application was supposed to be heard which the prosecutor failed to do. The Court held that Magistrates Courts are creatures of statue and are not empowered to do something which legislation does not authorise it to do. The Court held further that the Morebeng Regional Court did not have jurisdiction to hear the bail application for the offences allegedly committed in Polokwane.

The Court referred to the case of Johannes Windvogel v the State [2015] ZASCA 63 (“the Windvogel Case”) which held, inter alia, that the court in that instance did not have jurisdiction to hear an application for leave to appeal as contemplated in s16(1)(b) of the Superior Courts Act 10 of 2013 (“the Superior Courts Act”). Consequently, the jurisdictional basis for an appeal to the Supreme Court of Appeal was absent and the court a quo did not have the power to grant the appellant leave to appeal to the Supreme Court of Appeal.

This decision demonstrates that where an accused person is charged with an offence in terms of Schedule 6 of the Criminal Procedure Act 51 of 1977 the bail application must proceed in the Magistrates Court unless written authorisation is obtained from the Director of Public Prosecutions authorising the bail application to be heard in the Regional Court. Further, this decision confirms that where an accused person has allegedly committed offences in different magisterial districts, the Director of Public Prosecutions must authorise the court to hear the proceedings relating to offences committed within another magisterial district.