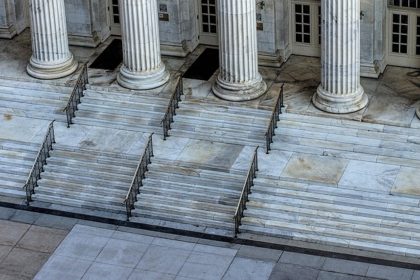 The High Court of Justice of England and Wales (Commercial Court, Queen’s Bench Division) (the “Court”) made a determination in respect of an application by SL Mining Limited (the “Applicant”) for a cost order on an indemnity basis against the Republic of Sierra Leone (the “Respondent”).

Section 67 of the Act provides as follows:

a) challenging any award of the arbitral tribunal as to its substantive jurisdiction; or

b) for an order declaring an award made by the tribunal on the merits to be of no effect, in whole or in part, because the tribunal did not have substantive jurisdiction.”

The Challenge was set to be heard by the Court on 23 March 2021, where just before, on 17 March 2021, the Respondent served its notice of discontinuance of the Challenge (the “Notice”). It was as a result of the Notice that the Applicant submitted its application for a cost order on an indemnity basis against the Respondent (the “Application”). Costs on an indemnity basis or indemnity costs are all costs, including fees, charges, disbursements, expenses, and remuneration incurred by a party to the litigation.

In support of the Application, the Applicant relied on the following:

In its consideration of the Application, the Court noted that it is common ground, in terms of Civil Procedure Rules 38.6(1) and 44.9(1), that “unless the court orders otherwise, the party discontinuing is liable for costs on the standard basis, but that indemnity costs may be ordered.”

The Court further considered the case of Euroption Strategic Fund Ltd v Skandinaviska Endskilda Banken AB [2012] EWHC 749 (Comm) read together with the case of Stati v Kazakhstan [2019] Costs LR 1051 at [13], wherein the Court respectively held that “it had a wide discretion to order indemnity costs in the event that it concluded that ‘in the light of all the circumstances of the case’” and “that there is some conduct or circumstance which takes the case out of the norm in a way which justifies an order for indemnity costs”.

Accordingly, the Court concluded that in light of all the circumstances of the case, it would be sufficient for the Court to exercise its discretion to make an order for indemnity costs against the Respondent.

This decision confirms the position in English law that an application for a cost order on an indemnity basis will be granted where the court exercises its discretion in light of all the circumstances of the case.