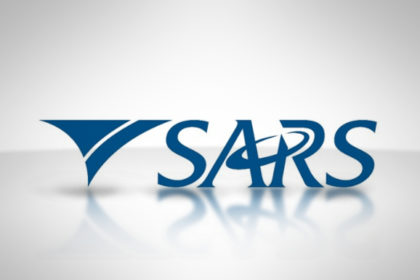 Mmusi Maimane (“the third Respondent”), the leader of the opposition in the National Assembly at that time, lodged a complaint with the Public Protector (“the Applicant”), in which he sought that the Applicant investigates allegations that former President Jacob Zuma (“the second Respondent”) was employed by Royal Security CC (“the fourth Respondent”) and that he received a salary from the entity briefly after becoming President, a salary which the former President allegedly failed to pay income tax on. In the process of the investigation, the Applicant issued a subpoena for the SARS Commissioner (“the first Respondent”) to appear before her to bring certain documentary evidence. The first Respondent objected to the same on the grounds that the Tax Administration Act prohibited disclosure of the information sought by the Applicant.

Due to the financial limitations of the Applicant, the parties agreed to seek an opinion on the matter from senior counsel, as opposed to litigation. The first opinion was given by Advocate Maenetje SC, which stated that the Applicant did not have the authority to obligate the disclosure of SARS taxpayer information. The Applicant was unhappy with the first opinion on the grounds that it did not adequately engage with the Constitution, thus she sought a second opinion. The second opinion was provided by Advocate Sikhakhane SC, the Advocate submitted that the Public Protector’s subpoena powers are constitutional powers that cannot be restricted by the system of confidentiality and secrecy of the Tax Administration Act, and therefore, the Public Protector was entitled to be given the information she sought. The Applicant then issued a second subpoena based on this information, without informing the Respondents that she had now received a second opinion, which had a different conclusion from the first. The first Respondent then brought the matter to the High Court (“the court a quo”) seeking an order that he was entitled to withhold confidential taxpayers’ information as per section 69(1) of the Tax Administration Act, and seeking that a personal cost order be made against the Applicant. The court a quo ruled in favour of the first Respondent.

The Applicant then brought the matter directly to the Constitutional Court for leave to appeal on the basis that exceptional circumstances existed that warranted a direct appeal including the urgency to conclude the investigation, and reasonable prospects of success.

The Constitutional Court dismissed the application for leave to appeal the High Court’s disposition of the counter application on the grounds that the application did not engage the Court’s jurisdiction. The Court additionally refused direct leave to appeal with regards to the powers of the Applicant to subpoena taxpayer information on the grounds that the Applicant had failed to show the existence of exceptional circumstances warranting the bypass of the ordinary court process. The court held that if urgency was indeed a factor for consideration, the Applicant had efficient and more direct ways to receive the information she sought, and that there were no reasonable prospects of success due to the absence of a direct challenge on the Constitutionality of section 69(1) of the Tax Administration Act. Leave to appeal against the order of personal costs was granted and set aside.