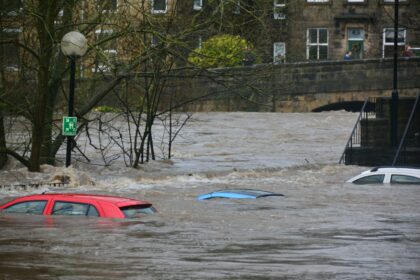 The applicant lodged an unfair dismissal dispute with the Commission for Conciliation, Mediation and Arbitration (“CCMA”). The dismissal was found to be procedurally and substantively unfair – the failure by the third respondent to make the specialist report on the damage to the vehicle available to the applicant was procedurally unfair and rendered the dismissal substantively unfair. The applicant was ordered to be reinstated. The third respondent approached the Labour court to review the CCMA’s arbitration award where the CCMA’s award was set aside.

The Constitutional Court was presented with an application for leave to appeal where it dealt with the issue of determining what the appropriate back pay was due to the applicant. The court considered the principle, from Mediterranean Textile Mills (Pty) Ltd v SA Clothing & Textile Workers Union[1], that reinstatement ought to neither impoverish nor enrich the employee beyond the extent to which he would have been but for the dismissal. A punitive element must not be involved. With regards to the applicant finding employment at Gold Fields, the Court considered that ‘the applicant’s diligence and good fortune in finding employment should not prejudice him from receiving what is due to him’.[2]

It was found that the Labour Court’s decision for two months’ back pay was based on a material error. It did not consider the difference in earnings where the applicant earned much less at Gold Fields than when the applicant was employed by the third respondent. The applicant should be compensated for the difference in the remaining 10 months for which back pay is allowed. This would place the applicant in the position he would have been in if it was not for the dismissal. Therefore, the court decided that the applicant is entitled to payment of R49 461.20, which is two months’ back pay, and R97 306.00, being the total difference between what he earned when he was employed by the third respondent and his earnings at Gold Fields for the period of 10 months.

Value The Court ensured that the constitutional right to fair labour practices was protected to an extent of precision.  In addition, an employee’s diligence and good fortune in finding employment after an unfair dismissal ought not to prejudice him insofar as back pay was concerned.