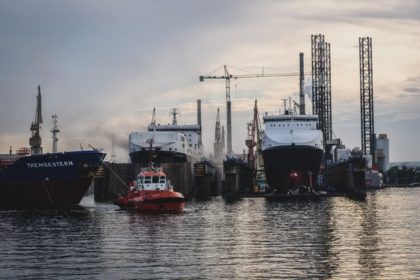 The High Court of Justice of England and Wales (Commercial Court, Business and Property Courts) (the “Court”) heard an application for contempt by Lakatamia Shipping Company Limited (the “Claimant”) against Hsin Chi Su (the “Respondent”) for acting in breach of numerous orders of the Court (the “Application”).

At the date of the Application, the Respondent had committed and admitted to committing twenty counts of contempt, all in pursuance of a continuous disobedience of the Court. The various counts of contempt were summarised by the Court as follows:

i. counts one to four involved continued non-disclosure of the Respondent’s interest in a Japanese property worth at least $460,000.00 (four hundred and sixty thousand United States Dollars);

ii. counts five and six related to the Respondent’s failure to disclose certain documents revealing €27,000,000.00 (twenty-seven million Euros) worth of proceeds from the sale of properties in Monaco which were subject to a freezing order;

iii. count 7 involved the failure to disclose further documents which had been the subject of an earlier contravened court order;

iv. counts 8 and 9 related to the Respondent’s failure to provide access to emails and social media platforms;

v. count 10 related to a failure to comply with a search order;
vi. counts 11 and 12 involved the Respondent’s failure to disclose its interest in a certain company;

vii. counts 13 to 15 related to the dissipation of the Respondent’s interest in a vessel, which interest had a value of some $1,900,000.00 (one million nine hundred thousand United States Dollars);

viii. counts 16 and 17 related to the Respondent’s failure to disclose its interest in a further vessel; and

ix. counts 18 to 20 involved the dissipation of certain funds, collectively amounting to over $1,000,000.00 (one million United States Dollars).

Finally, the Court found that the Respondent did not appreciate the seriousness of the deliberate breach, did not cooperate and repeatedly gave meaningless apologies, which the Court constituted as being “lip service”.

Accordingly, the Court found that the Respondent’s conduct merited more, however could only order the maximum sentence of 24 months imprisonment, which sentence was duly ordered.

This decision confirms the position in English law that an application for contempt may be granted where the court is satisfied that the contemnor has taken little to no steps to comply with the orders of the court.