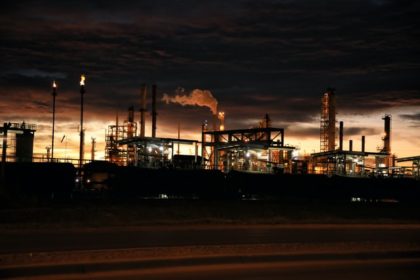 The High Court of Justice of England and Wales (Commercial Court, Queen’s Bench Division) (the “Court”) heard various applications including an application for an injunction, committal for contempt of court, as well as a worldwide freezing order, all pursuant to the breach of a contract of sale.

The applications for the above orders were brought in support of a substantive claim which Integral Petroleum S.A (the “Claimant”) intended to bring under section 423 (Transactions defrauding creditors) of the Insolvency Act of 1986. The claim would allege that Petrogat FZA (the “First Respondent”) acting at the direction of Mahdieh Sanchouli, Hosseinali Sanchouli and Kanybek Beisenov (the “Second Respondent”, “Third Respondent” and “Fourth Respondent” respectively) (the First to Fourth Respondent collectively as the “Respondents”), paid substantial sums of money for no or inadequate consideration, and that the sole purpose of doing so was to put the relevant monies out of the reach of the Claimant.

The brief background to this chain of events being that the Claimant, as buyer, and the First Respondent, as seller, entered into a contract for the sale of medium and low sulphur fuel oil (the “Cargo”) (the “Contract”). Following a tip off received, the Claimant successfully applied for an injunction in order to prevent the Respondents from converting the Cargo (the “Injunction”). An injunction is an order restraining a person from beginning or continuing an action which threatens or invades the legal right of another, or which compels a person to carry out a certain act. Further, conversion is an unlawful act in terms of English law whereby a person without authority performs any act which interferes with the title of goods owned by another person.

Subsequent to the granting of the Injunction, the Respondents proceeded to commit a breach thereof by converting thirty-seven rail cars worth of the Cargo by diversion to Iran and accordingly, the Second Respondent and Third Respondent, in their capacity as directors of the First Respondent and upon an application made by the Claimant, were committed for contempt of court for the breach of the Injunction. An application for committal can be used where a person seeks an order to send another person to prison for contempt of court, where that person is required by a judgment or order to perform an act and refuses or neglects to do so within the time fixed by the judgment or order, or where such person disobeys a judgment or order requiring him to abstain from performing an act.

In parallel to the Injunction, by request to the London Arbitral Tribunal (the “LCIA”), the Claimant sought a further injunction compelling the First Respondent to deliver the Cargo, and for damages for the conversion and misappropriation of the Cargo, as well as breach of the Contract. The LCIA found that the Cargo had indeed been unlawfully converted and made a final award in favour of the Claimant (the “LCIA Award”), which the First Respondent subsequently refused to pay.

It was on this basis that the Claimant sought a worldwide freezing order in the amount of USD1,750,000 (one million seven hundred and fifty thousand United States Dollars) which was equivalent to the amount owed by the First Respondent, pursuant to the LCIA Award and breach of the Contract (the “Freezing Order”).

A freezing order acts to restrain a party from dealing with or disposing of its assets, and is typically sought to preserve the respondent’s assets until a judgment can be obtained and satisfied. In this regard, a worldwide freezing order extends to assets located anywhere in the world and is a particularly harsh measure of law.

The Court provided that “[in] order to succeed on the application, [the Claimant] must, of course, demonstrate three things. Firstly, that it has a good arguable case on the merits. Secondly, that there is a real risk that the respondents may engage in asset dissipation. And thirdly, that it is just in all of the circumstances to grant the [order].”

In light of the above requirements, the Court held that the Claimant had a good arguable case on the merits against each of the four Respondents. Further, that there existed a real risk that a future judgment would not be met because of unjustified asset dissipation.

Accordingly, the Court found that the Claimant had undoubtedly satisfied all the requirements and that it was then, in all the circumstances, just to grant the Freezing Order.

This decision confirms the position in English law that an application for a freezing order may be granted by the court where (i) there is a good arguable case on the merits, (ii) there is a real risk that the respondents may engage in asset dissipation, and (iii) that it is just in all of the circumstances to grant the order.