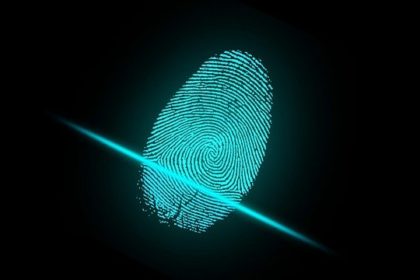 The Alienation of Land Act 68 of 1981 has been the prevailing legislation dealing with the signature of agreements of sale of immovable property. The Act came in force in a time before the digital age and was accordingly structured in a manner that did not envisage a signature being anything other than a wet ink signature on a piece of paper.

Clause 2 (1) of the Act reads:  “No alienation of land after the commencement of this section shall, subject to the provisions of section 28, be of any force or effect unless it is contained in a deed of alienation signed by the parties thereto or by their agents acting on their written authority.” It is clear that an agreement of the sale of immovable property has to be signed.

The general object of this Act is to provide for the facilitation and regulation of electronic communications and transactions. Section 4 states that the Act applies in respect of any electronic transaction or data message. The legislation therefore has quite a wide application.

The Act however states that electronic signatures cannot be used for agreements dealing with the sale of immovable property. This is set out in section 4(4) which refers to schedule 2 which specifically mentions agreements entered into in terms of the Alienation of Land Act as being excluded.

The question that arises, and still needs to be definitively decided in our law, is what exactly is considered to be an electronic signature and therefore falls foul of the ECTA when it comes to sale of land agreements? The below mentioned case looks at the issue.

In the Eastern Cape High Court case of Borcherds and Another v Duxbury and Others which was heard in 2020, the court looked at the meaning of ‘signature’ rather than ‘electronic signature’.

The Seller had an image of his wet ink signature saved and by using a DocuSign application on his phone appended that image to an agreement for the sale of land as his signature. The Seller then submitted (with the intention of having the sale agreement declared invalid) that the aforementioned signature constituted an ‘electronic signature’ that is subject to the provisions of the ECTA, and accordingly that  there was no compliance with Alienation of Land Act (i.e. sales of immovable property being excluded from the provisions of ECTA)).

The question was whether this was an electronic signature in terms of ECTA and whether the agreement was signed as required by the Alienation of Land Act.

The court recognized that in our law we have historically accepted any kind of mark as a signature, as the purpose of the mark is to authenticate the identity of the signatory and there are no formalities for the making of a mark. In this case the party had intended to be bound by the agreement and the fact that the Seller had used an image of his wet ink signature was enough for the court to determine that it was a signature in the pure sense. He had made his “mark” as required by the Alienation of Land Act. In other words, the fact that the party had used an image of his actual wet ink signature and not another form of electronic signature, was sufficient to fulfill the requirements of the Alienation of Land Act, notwithstanding that it was appended electronically.  The court noted that the requirement of a signature could conceivably be satisfied in this manner.

The question as above therefore still remains unanswered, because it appears that the court disregarded the provisions of ECTA which preclude the signature of an agreement for the sale of land by the use of an electronic signature.

It is necessary to note that the above case is only binding in that court’s jurisdiction, and for it to be accepted beyond the Eastern Cape it would need to be upheld by a higher court or a court of the same standing in other jurisdictions.