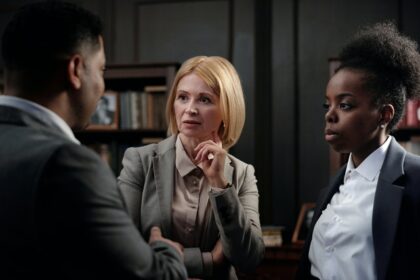 The High Court of Justice of England and Wales (Commercial Court, Business and Property Courts) (the “Court”) heard an application by Devas Multimedia Private Limited (the “Claimant”) for service out of the jurisdiction in terms of an underlying application to join proceedings (the “Application”). As a general principle, service out of jurisdiction applies when a claimant seeks to bring a claim against a defendant that is not in the same jurisdiction and must obtain permission from the relevant court to serve the claim form and particulars of claim out of that jurisdiction.

The underlying application constituted an application to join certain parties to an existing enforcement judgment of an arbitral award made against Antrix Corporation Limited (the “Defendant”) in favour of the Claimant (the “Joinder Application”). The Joinder Application was made on the basis that the four applicants, being Devas Multimedia America, Inc, Cc/Devas (Mauritius) Ltd, Devas Employees Mauritius Private Limited, and Telcom Devas Mauritius Limited (the “Applicants”), were interested parties in the arbitral award, in that they were associated with the Claimant who was the beneficiary of the award. In summary, the Applicants contended that there was a need for them to be joined in order for (a) the judgment, on the award, to be preserved; and (b) the award to be properly enforced.

At the time of the Application, the Joinder Application had not progressed due to the fact that the State of India, to which the Court considered the Defendant to be a part, had taken steps globally, where the arbitral award had been registered as a judgment, to undo said registration and make the award ineffective. These steps included procuring an order by the Indian National Company Court to place the Claimant in liquidation, which on the Claimant’s case, had the effect of the appointed liquidator taking steps to render nugatory the steps which had already been taken to enforce the arbitral award.

The Court held that, for the purposes of the Application, it needed to consider whether there was a basis for service out of the jurisdiction. Further, that provision 62.18.4 of the rules and practice directions of the Arbitration Act 1996, which provides that “[with] the permission of the court, the arbitration claim form may be served out of the jurisdiction irrespective of where the award is or is treated as, made”, is a general provision allowing, in the discretion of the court, service out of jurisdiction, which covers not just the arbitration claim form, but other documents in the proceedings, including ancillary orders such as would be made if the Joinder Application was successful. Accordingly, the Court held that there is no reason why such ancillary orders, when sought, should not be covered within the rubric of provision 62.18.4.

In light of the above, the Court held that this provision encompasses any related applications, and accordingly, service out of jurisdiction was granted as sought.

This decision confirms the position in English law that the courts are given discretion to allow service out of jurisdiction, which covers not just the arbitration claim form, but other documents in the proceedings, including ancillary orders.