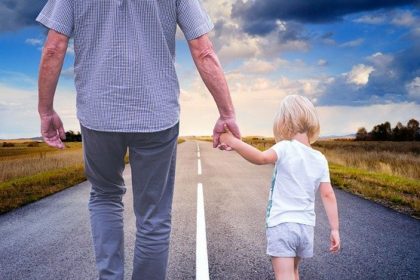 Both legal parents have a legal duty to maintain their children according to their respective means. Ordinarily, a child who has reached the age of majority, moved out of his/her family home, gained meaningful employment and/or pays for his/her own expenses, is regarded as self-supporting.

A dispute may, however, arise regarding whether a child is self-supporting, if that child still lives with his/her parents but is earning an income.

The question thus arises: At what point is a child regarded as self-supporting?

Does employment render a child self-supporting?

When considering whether a child is self-supporting, there is no closed list of factors to be considered and the decision is ultimately within the Court’s discretion. Whilst a child cannot be regarded as self-supporting solely on the basis that he/she is employed, this is a factor that the Courts will consider when determining issues relating to child maintenance (i.e. the application/variation of a maintenance order).

As illustrated in the case of Gold v Gold [1975] 4 All SA 325 (D), if a child is employed, the Court will consider, amongst others, the following factors:

Considering the above, it is clear that a child (albeit employed) may still require monthly maintenance contributions from his/her parents or guardians if that child does not earn enough money to fully support themselves.

On the other hand, it is possible for a Court to deem a child as self-supporting even though he/she may be unemployed.

The facts of the case were as follows: The parties were married out of community of property with the express exclusion of the accrual system. There were two children born out of the marriage (hereinafter referred to as S and L, respectively). At the time of dissolution of the parties marriage, S was a dependent major child, as he was enrolled at university (he had, however, stopped attending lectures in his third year in 2012), and L was in matric.

According to clauses 4.1 and 4.2 of the settlement agreement concluded between the parties, the Applicant was ordered to pay maintenance in the amount of R25 000.00 in respect of both S and L. The Applicant paid this amount into the Respondent’s banking account monthly. However, he stopped paying the maintenance on 24 April 2014.

At this stage, L had passed her matriculation examinations and decided thereafter to simply stay at home and not pursue her studies any further. During 2014, S re-registered at the university but subsequently dropped out again.

During January 2018, and in order to complete his degree, S registered at the university for his third- and fourth-year modules. By virtue of the fact that the Applicant was liable for maintaining S (inclusive of his tuition fees) and L who was not pursuing any further education or means to support herself, the Applicant brought an application in terms of section 8(1) of the Divorce Act. The application was made on the following basis:

The Respondent contended that the Applicant should simply pay S and L a monthly salary (without them having to work) as he could afford to do so.

The picture that emerges from the common cause facts is that S was financially supported by the Applicant, given the best education money could buy, and yet, he had failed to achieve what was reasonably expected of him in the way of self-sufficiency as an adult. In conclusion, the Court held that clauses 4.1and 4.2 of the settlement agreement should been deleted which meant that the Applicant was no longer liable to pay maintenance towards S and L.

The above case evidences the fact a major child can be regarded as being self-supporting, despite being unemployed.

Can I apply for the maintenance contribution to be reduced as my child is employed?

Being self-supporting means having the resources to be able to survive without assistance. However, the maintenance obligation of a parent or guardian does not automatically cease once the child becomes employed. It is also not absolute that maintenance contributions must continue indefinitely, if the child does not do what is necessary to become self-supporting. As such, it is clear that each case must be considered on its own merits on which the court will make the necessary determination.

This article provides a brief breakdown of what factors must be considered in order to establish whether a child, who is employed, is self-supporting.