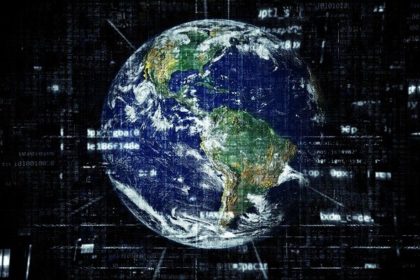 Background
This case deals with an appeal against granting the remedy of the mandament van spolie for the restoration of the First Respondent’s (“Moonisami”) access to the First Appellant’s (“Blendrite”) network server and use of email, which are hosted by the Second Respondent (“Global Network Systems”). Although the Second Respondent takes no part in the appeal, the application cites it for purposes of context as this case is an appeal from the High Court.

Blendrite had two listed directors, Moonisami and the Second Appellant (“Palani”), however, disputes arose between the directors resulting in Moonisami launching an application to liquidate Blendrite. While these disputes continued and the liquidation application remained contested, Palani was in factual control of Blendrite, and claimed that Moonisami had resigned as director of Blendrite.

Moonisami then approached the KZN High Court, the court a quo, for relief by way of the mandament van spolie for restoration of his access to the Blendrite server and emails, claiming that he was in peaceful and undisturbed possession of such access, and same was denied by Global Network Systems. The court a quo granted the relief and punitive costs order against the Appellants in casu. The Appellants in casu applied for leave to appeal this decision, and, while dismissed by the KZN High Court, leave to appeal was granted by the Supreme Court of Appeal.

The core issue before both the court a quo and the court in casu was whether the prior access to an email address and network server amounts to quasi-possession of an incorporeal property which qualifies protection by the mandament van spolie, or whether such access is only a personal right.

By reference to case law, the court confirmed that the mandament van spolie is designed to be a robust and speedy remedy which serves to prevent recourse to self-help, by way of spoliation (being the illicit deprivation of another of the right of possession which he has in regard to movable or immovable property or even to a legal right). The only requirements for this remedy are that the dispossessed person had “possession of a kind” and that he was unlawfully dispossessed of that possession. Unlawfully here means without agreement or legal recourse to dispossess.

The court further confirmed, by way of reference to precedent on services supply to properties, that the remedy also applies where same is incidental to the possession of immovable property as being incorporeal property capable of quasi-possession and worthy of protection, such as a servitude. However, the court reiterated the importance of distinguishing between these real rights stemming quasi-possession and personal rights, and the limited protection offered to these rights of quasi-possession.

Referring to Eskom Holdings Soc Ltd v Masinda1 and ATM Solutions (Pty) Ltd v Olkru Hanelaars CC and Another2, the court held that spoliation should be refused where the right to receive a supply of a service is purely personal in nature, i.e., where the rights flow from a contractual nexus between the parties. Any protection of these rights through spoliation would amount to an order of specific performance that would preclude the opposing side from disproving the merits. As such, the court confirmed that the spoliation remedy cannot be used to protect personal rights.

Furthermore, the court referenced Telkom SA v Xsinet (Pty) Ltd3, where the receipt of telecommunications service was held to arise from a personal right in contract, specifically that the use of bandwidth and telephone services did not constitute an incident of possession of the premises from which Xsinet operated.

By drawing a comparison to the Telkom SA v Xsinet (Pty) Ltd case, the court held that the prior use of the email address and server was not an incident of possession of movable or immovable property, as Moonisami did not possess any property in relation to his erstwhile use of the server or email address. Further, the court held that any entitlement to use the server and email address was linked with the issue of whether Moonisami was a director, and that same relates to his terms of employment.

Accordingly, if at all enforceable, the access to the emails and server is a personal right and does thus not amount to quasi-possession of incorporeal property worthy of protection by the mandament van spolie.

It was thus ordered that the appeal succeed and the court a quo’s order be set aside with costs.

This decision clarifies the use of the mandament van spolie, specifically whether the same is available for restoration of access to a network server and the use of emails and whether such access is an incident of possession of corporeal property.