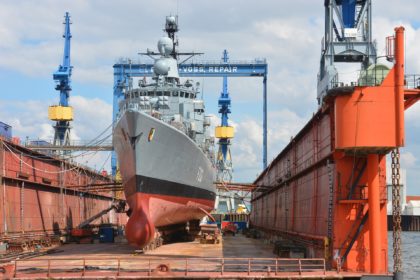 The High Court of Justice of England and Wales (Commercial Court, Queen’s Bench Division) (the “Court”) heard a case wherein pursuant to Civil Procedure Rule 39.3 (“CPR 39.3”), F Whale Corporation (the “First Defendant”) and TMT Co, Ltd (the “Second Defendant”) (collectively the “Defendants”) applied to set aside a judgment granted at trial in their absence (the “Primary Trial”). The Primary Trial judgement was given in respect of substantial debt claims arising from the First Defendant’s failure to pay deferred instalments due to Korea Shipbuilding & Offshore Engineering Co, Ltd (the “Claimant”) under certain shipbuilding contracts and associated guarantees provided by the Second Defendant (the “Judgment”).

At the outset of the Primary Trial, the company director of the Defendants, Mr. Nobu Morimoto (“Morimoto”), made a written application to the Court on behalf of the Defendants to adjourn the proceedings on the basis that he was in custody at the time, serving a sentence for contempt of court. The Court refused the adjournment on the following basis:

For the reasons set out above, the Court concluded that refusing the adjournment and proceeding to trial would not be a denial of a fair trial. As such, the Court determined that the ‘fair and just’ outcome would be to proceed in the absence of the Defendants, because they would later be afforded the opportunity, if they could satisfy the necessary conditions, to set aside the Judgment.

Pursuant to the Primary Trial, the Defendants proceeded to rely on said ‘safety net’ found in CPR 39.3 and applied to set aside the Judgment (the “Application”).

In its consideration of the Application, the Court addressed CPR 39.3(3)-(5) which provide the Court with discretion to set aside a judgment on the following terms:

(3)        “Where a party does not attend and the court gives judgment or makes an order against him, the party who failed to attend may apply for the judgment or order to be set aside.

(5)        Where an application is made under paragraph (2) or (3) by a party who failed to attend the trial, the court may grant the application only if the applicant –

(a)       acted promptly when he found out that the court had exercised its power to strike out or to enter judgment or make an order against him;

CPR 39.3(5) provides certain conditions that must be met before an application in terms of this section can be successful. CPR 39.3(5)(b) specifically requires an applicant to show good reason for not attending the trial. In this case, it was Morimoto himself who was in custody and this explains why he was not present, however, the question to be answered was whether the Defendants had good reason for not attending.

In response to this, the Defendants presented the Court with evidence which took the form of witness statements and which showed, amongst other things, that the Defendants had experienced difficulty in paying for legal representation as a result of  Morimoto’s imprisonment for contempt of court and also due to a freezing order that had previously been made against the Defendants. Further, the only other director for the Defendants was conducting business in the Middle East.

In light of the defence advanced by the Defendants and so as not to adopt “too rigorous an approach”,[1] the Court accepted that the Defendants had shown good reason for their failure to attend the Primary Trial by way of legal representation and lack of an appropriate person to represent them.

CPR 39.3(5)(c) requires that an applicant’s defence presents a reasonable prospect of success in the sense that it carries a certain degree of conviction. The first suggested defence related to a demand made by the Claimant in the form of a “without prejudice” email in respect of the guarantees provided by the Second Defendant. The Defendants argued that this email could not be submitted into evidence due to it being marked “without prejudice” and thus relied on the defence that no demand was made.

In the circumstances, the Defendants were unable to fulfil all the requirements established in terms of CPR 39.3(5). Consequently, the Court set aside the Application.

Value This decision confirms the position in English law that there can be no injustice to a party in the refusal of an application to set aside a judgment where that party is unable to show any defence to the substantial claims or where a defence would have no reasonable prospect of success.