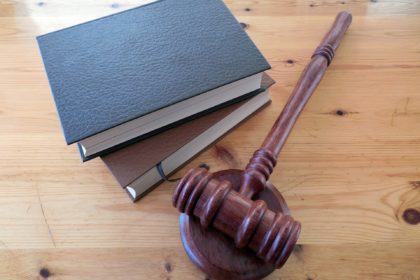 The Appellant in this matter is Llewellyn Jo-Peter Philander. The Appellant is also the current owner of the property known as Erf 4288 Darling (“the Property”).

The First Respondent is Chadley Makiet (“the occupant”), the occupant is currently residing on the Appellant’s property and whom this eviction application and appeal is presently being brought against.

It was contended by the occupant that prior to Mr. Langeveldt’s death, Mr Langeveldt provided the occupant and others in the family by oral agreement with a right to reside on the Property. This agreement was not registered and is therefore a personal right, or also called a “precarium”.

Majority Judgment by Willie J – the learned Judge placed considerable emphasis on the aspect of the “precarium” that was allegedly created in favour of the occupant and his sister to reside on the Property by Mr Langeveldt . The learned Judge was of the opinion that, while case law strongly suggests that any personal right to reside afforded to a party needs to be in writing and registered against that property (expressly missing in this matter), the occupation of the Property by the occupant remained what he referred to as a ‘lawful’ occupation as precarium right needs to be terminated with reasonable notice by any subsequent owner.

The court further looked heavily at the element of what would constitute ‘reasonable’ notice and/or whether considering the circumstances it was “just and equitable” for the court to grant the eviction order brought by the Appellant. Based on that aspect presented to the court it was held that the occupation of the occupants remained lawful pending the lawful termination of the right and the lapse of a reasonable time period in the appropriate notice by the Appellant.

The Judge found that reasonable notice of termination of the precarium of the occupant and his family was provided by the Appellant by Mr. Langeveldt and by the Appellant upon obtaining ownership of the Property.

Rogers J- concurred with the order by the learned Willie J.

Minority Judgement by Slingers J- the learned Judge held that although agreeing with the conclusion reached by Honourable Judge Willie and with the order he proposed, the Judge could not stand in agreeance with the reasoning which resulted in such an order and therefore compiled a separate judgment. In his judgment the learned Judge reasoned that in order for the “precarium” to bind the Appellant as a successor in title, there would have to be a tacit re-grant of such “precarium”, by the new owner/grantor (being the Appellant) to the grantee (being the occupant). This, however, was not the position in the present matter as it is undeniable that the Appellant had no knowledge of the occupant’s pre-existing arrangement and/or possible entitlement to occupy the Property in question and that at no stage after taking transfer did the Appellant grant such right to occupy the Property to the occupant and his family. The learned Judge found further that the Appellant was under no contractual duty to give the occupants reasonable notice to vacate and found that because of a lack of consent by the Appellant to occupy the Property, the occupants were for all purposes “unlawful occupiers” as defined in the Prevention of Illegal Eviction from and Unlawful Occupation of Land Act of 1998.

This case illustrates that careful consideration must be given to occupants who hold a precarium as a right to reside on the Property. If a precarium seemingly exists, the new owner may be bound to provide the occupant with reasonable notice of the termination of the precarium before instituting eviction proceedings. What constitutes “reasonable” notice depends on the fact of the case and what is considered to be “just and equitable” in terms of the Prevention of Illegal Eviction from and Unlawful Occupation of Land Act of 1998.