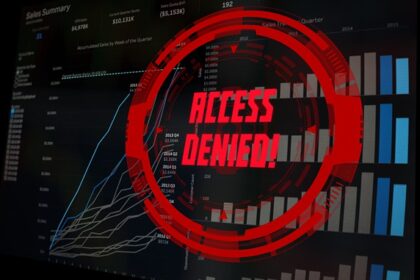 This matter relates to Union for Police Security and Corrections Organisation (the ‘‘applicant’’), a trade union which has members who are employees of South African Custodial Management (Pty) Limited (the ‘‘first respondent’’) and Kensani Corrections Management (Pty) Limited (the ‘‘second respondent’’) respectively. Mr Johan Wagenaar (‘‘third respondent’’) is an employee of the first and second respondents. The first respondent is a private company that provides prison services to the Department of Correctional Services. It is responsible for the daily operation of Kutama Sinthumule Correctional Centre (‘‘Kutama’’). The second respondent is a private company that provides maintenance services and facilitates training, educational and social programmes at Kutama. The third respondent is the acting prison director at Kutama. The applicant had requested access to Kutama to exercise their organisational rights, but this was denied by the respondents despite there still being an organisational rights agreement (which entitles access to employers’ premises) between the applicant and the first and second respondents.

The applicant alleged that the respondents denying them access was an infringement of its and its members’ organisational rights, provided by sections 23(1), 23(2) and 17 of the Constitution of the Republic of South Africa, 1996 (the “Constitution”). The applicant sought:
“appropriate relief for violation of its rights as envisaged in section 38 of the Constitution, which relief may include an interdict, a mandamus or such other relief as may be required to ensure that the [applicant’s] rights [enshrined] in the Constitution are protected and enforced”.

The applicant also alleged that when the applicant requested access to Kutama, the respondent’s response was defamatory. Further, the applicant challenged the costs order granted against it by the High Court and Supreme Court of Appeal.

The first exception raised by the respondents was against the allegation of constitutional infringement and relief sought in terms of section 38 of the Constitution. The respondent claimed that the principle of subsidiarity prevents the applicant from directly relying on the Constitution. The applicant should have rather approached the constitutional validity of the legislation enacted to give effect to the relevant constitutional right at issue, such as the Labour Relations Act. The respondents alleged that a cause of action was not made in the applicant’s particulars of claim with regards to this. The third exception entailed that the defamation claim did not make out a cause of action. The alleged defamatory statement was only communicated between the employees of the first respondent. Thus, there was only internal communication and no publication of the alleged defamatory statements (which is required for a defamation claim) took place.

The Thohoyandou Local Division of the High Court upheld two of three exceptions raised by the respondents against the applicant’s particulars of claim which it had amended (subject of the relevant exception);
• the first exception was based on applying the principle of subsidiarity where the applicant is not allowed to rely on the Constitution directly, instead the Labour Relations Act should have been relied upon;
• the second exception concerned the applicant’s claims for “constitutional damages … brought in delict” as described by the respondent (concerning the claim for damages regarding emotional harm allegedly suffered by the applicant’s members and the related medical treatment costs); and
• the third exception involved how the applicant failed to make out a cause of action for its claim of defamation.

The court held that because the alleged denial of access took place when there was still an organisational rights agreement, the applicant could have sought an interdict, a mandamus or any other suitable relief to enforce the respondents’ compliance with the agreement. The organisational agreement even provided for a dispute to be referred to the Commission for Conciliation, Mediation and Arbitration. Directly relying on section 23 of the Constitution was not necessary. Section 12 of the Labour Relations Act 66 of 1995 provides for the right of access to the workplace. The court refused the applicant’s leave to appeal as the application did not have reasonable prospects of success, due to the application not being in line with the interests of justice.

With regards to the defamation claim, the court held that this claim was weak as it did not see how the rights to dignity, privacy, assembly and fair labour practices were impacted in the circumstances and the applicant had failed to indicate how such rights were possibly relevant. The court quoted Le Roux v Dey where it said that ‘in assessing whether the publication is defamatory a reasonable observer would look at it through the prism of the Constitution and in relation to its values’1. The court was not convinced that anything at all had been alleged to indicate how a constitutional lens would make a difference in the current case. If there is no constitutional relevance, the Constitutional Court’s jurisdiction cannot be engaged. The court quoted the Fraser case2 stating that ‘[a]n issue does not become a constitutional matter merely because an applicant calls it one’. The court held that it cannot entertain the matter if it is not in the interests of justice to do so.

The Court ensured that the principle of subsidiarity and the Biowatch principle is consistently applied. In addition, the Court found that it did not have jurisdiction to hear every defamation claim, despite the principle relied on in Le Roux v Dey (regarding the Constitutional values of assessing whether the publication is defamatory). The court instead relied on the case of Fraser v ABSA Bank Ltd (National Director of Public Prosecutions as Amicus Curiae) which said that ‘[a]n issue does not become a constitutional matter merely because an applicant calls it one’