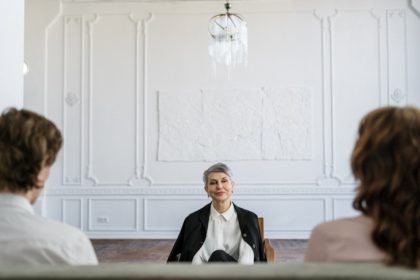 The Appellant, Mr Barend Petrus Jones (“Mr Jones”), was the duly appointed agent of the executor of the estate of the late Wilhelm Petrus Meyer (“The Deceased”). The Respondent is Christina Pretorius NO in her capacity as executor of her late father’s estate. She claims payment in the sum of R1 148 828,13 from the Appellant.

A new executor, being the Respondent, was appointed by the Master on 21 April 2016. The Master had, by this time approved an amended final liquidation and distribution account drawn by the Appellant. However, the Appellant had not given proper notice in terms of s 35(5) of the Administration of Estates Act 66 of 1965 (“The Act”), that the account would lie for inspection, therefore no distribution had taken place. The Master had not yet approved any renumeration for the Appellant at that time. The Respondent after taking possession of the estate documents, demanded repayment of both the abovementioned amounts, the failure to meet such demand led to the present litigation.

The Respondent relied on s 50(b) of The Act in this court. The high court, acting a court of first instance, implicitly accepted that s50(b)of The Act offered her a remedy and granted the application.

S 50 states: “Any executor that makes a distribution otherwise than in accordance with section thirty-four or thirty-five, as the case may be, shall –
(a) be personally liable to make good to any heir and to any claimant whose claim was lodged within the period specified in the notice referred to in section twenty-nine, any loss sustained by such heir in respect of the benefit to which he is entitled or by such claimant in respect of his claim, as a result of his failure to make a distribution in accordance with the said provisions; and
(b) be entitled to recover from any person any amount paid or any property delivered or transferred to him in the course of the distribution which would not have been paid, delivered or transferred to him if a distribution in accordance with the said provisions had been made: Provided that no costs incurred under this paragraph shall be paid out of the estate.”

The Supreme Court of Appeal (“SCA”) confirmed that as a matter of law, a contract of agency is terminated by inter alia the death of either contracting party, which was not disputed by the Appellant. It therefore follows that upon the death of Mrs Meyer the contract of agency was terminated, and the appellant was therefore not entitled to act on behalf of the estate nor deal with its property. This included making any payments from the estate of The Deceased. Mr Jones was further not entitled to executor’s fees at that point in time as, according to s 51(4) of the Act an executor is not entitled to renumeration until the estate has been distributed in accordance with s 35(12) or upon written approval by the Master.

The Appellant did not dispute that the abovementioned payments were unlawful. However, he did contend that the Respondent had failed to make out a cause of action and her application should therefore fail. The Respondent, as she did in the trial court, relied on s 50(b) of the Act for a remedy.

S 50 firstly ascribes personal liability for loss suffered by an heir or claimant to an executor who makes a wrong distribution. The SCA in casu found the High Court decision of Els NO v Jacobs1 to be incorrect inasmuch as it limited the application of s 50 of the Act to situations where the condictio indebiti was available. The SCA agreed with the Respondent that there is nothing from the text or the context of s 50 that indicates a restrictive interpretation of s 50 thereof is appropriate. Therefore, the SCA overruled the decision in Els NO v Jacobs2 and s 50(b) can therefore be used to recover an unlawful distribution made by an executor.

An executor may act through a duly apppointe3d and authorised agent which acts of said are, in law, regarded as the acts of the executor. However, the payments made by the Appellant were made when he was neither the duly authorised agent nor the executor of the Deceased’s estate. Therefore, the acts of the Appellant fall outside of the ambit of s 50 of the Act and consequently, the Respondents claim does not fall within the ambit thereof.

This, according to the SCA did not leave the Respondent remediless. It is trite that rights of action form part of the assets of an estate. The executor, upon appointment, has the right and obligation to recover any amount that is due to the estate. This right is derived from common-law and statutory law and vests in the executor only upon appointment by the Master. It is this right that the SCA found to be the basis for the Respondents claim against the Appellant. The Respondent was entitled to recover the funds that were unlawfully transferred from the estate to the Appellant. The SCA found that the Respondent, as the executor of the estate was entitled to the recovery of the unlawfully appropriated funds. Therefore, the appeal failed.

The court ordered the appeal is dismissed with costs.

The right to reclaim unlawful transfers from an estate rests in the duly appointed executor by virtue of their office as executor.