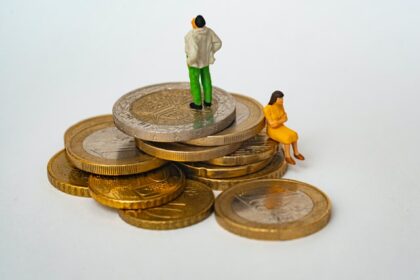 This case concerns the application and interpretation of s 18(a) of the Matrimonial Property Act 88 of 1984 (“The Act”). Prior to the solemnisation of her marriage to the Applicant, the Respondent was involved in a motor vehicle collision in 2011 whereafter she was awarded non-patrimonial damages in the amount of R800,000.00. She subsequently invested R550,000.00 in an interest-bearing account (“the investment”). The Parties solemnised their marriage on 22 December 2015, which marriage was concluded in community of property.

In 2018 the Applicant instituted divorce proceedings in the Mthatha Regional Court seeking, inter alia, a division of the joint estate, which he argued included the investment amount (as he contends that he was made aware of the investment prior to the solemnisation of the marriage). The Respondent claimed that the investment did not form part of the joint estate, as it was funded by an award, in her favour, for non-patrimonial damages which was therefore protected by s 18(a) of the Act which states as follows:

“Notwithstanding the fact that a spouse is married in community of property –
(a) Any amount recovered by him or her by way of damages, other than damages for patrimonial loss, by reason of a delict omitted against him or her, does not fall into the joint estate but becomes his or her separate property;
(b) He or she may recover from the other spouse damages in respect of bodily injuries suffered by him or her and attributable either wholly or in part to the fault of that spouse and these damages do not fall into the joint estate but become the separate property of the injured spouse.”

Upon conclusion of the divorce proceedings, the Regional Court ordered the division of the joint estate in favour of the Respondent, thereby excluding the investment from the division.
The Regional court attributed the meaning of ‘married in community of property’ in s 18(a) of the Act as “the stage at which a determination must be made as to whether property is included in the joint estate”. In this case, that stage would be at divorce and not when the damages accrued to that person, and therefore the Investment does not from part of the joint estate. The Appellant subsequently appealed that outcome to the Eastern Cape Division of the High Court.

THE SUPREME COURT OF APPEAL

The minority judgement in the SCA, agreed that non-patrimonial damages are personal in nature. The minority, relying on the Constitutional Court judgement of Van der Merwe v Road Accident Fund and Another1 (“Van der Merwe”), found that “The primary purpose of awarding damages is to place, to the fullest possible extent, the injured party in the same position [they] would have been in, but for the wrongful conduct”. The minority then relies further on Van den Berg v Van den Berg2 (“Van den Berg”), and states that the purpose and objective of damages of a personal nature are to take care of the recipient throughout his/her disabled life. The minority found that “should the legislature have intended that such damages form part of the joint estate, the purpose and objective of such payment would be negated.” The minority was of the view that similarly to Van den Berg and Van der Merwe the award granted by the Road Accident Fund for non-patrimonial damages were ring-fenced for her personal use and personal injuries.

The minority viewed the non-patrimonial damages as personal and analogous to gifts and inheritances which are excluded from the joint estate. The minority judgement further held that the Regional Court was correct in determining that the division of the estate must be determined at the time of the dissolution of the marriage and not when the marriage was entered into and therefore the Respondent was entitled to the same protection as is awarded to a spouse under s 18(b) and further, that the award by the RAF was granted to her before entering into her marriage should not be a disadvantage to her.

The SCA held that:

The order of the Eastern Cape Division of the High Court, Mthatha, is set aside and replaced with the following order:

Non-patrimonial damages awarded to and received by a spouse prior to a marriage in community of property are not protected by s18 (a) of the Matrimonial Property Act and form part of the joint estate.