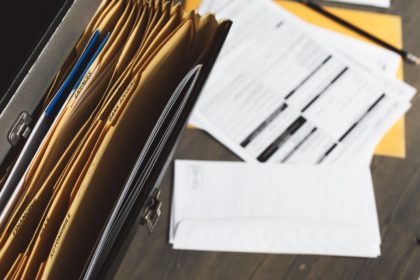 Interestingly, the City of Johannesburg Municipality (COJ) has categorised refuse removal as a tax levied against the property rather than as a service charge similar to charges in respect of water and electricity. The aim of this article is to analyse whether refuse removal should be categorised as a tax or a service charge, based on the consequences that flow from each categorisation.

CONSEQUENCES OF CATEGORISATION
Why should consumers care whether municipalities regard refuse removal as a tax versus a service? If refuse removal is in fact a tax then this means that any charges that the municipality raises in relation to refuse removal will only prescribe after 30 years as provided for in the Prescription Act 68 of 1969. For example, if a municipality has been billing you on one tariff for the past 20 years but suddenly realises that this was incorrect and you in fact had a larger bin at your property or more than one bin, then the municipality would be entitled to re-bill you for the difference for the past 20 years. Whereas if refuse removal is in fact a service then the municipality would only be entitled to re-bill you for the last 3 years, as it is similarly restricted in respect of other service charges such as water and electricity.

Furthermore, if refuse removal charges are a tax then the COJ has been incorrectly billing its consumers insofar has it has been charging VAT on those charges i.e. the COJ is not entitled to levy a tax on top of a tax. In this instance, the COJ would have to refund all consumers that it has incorrectly billed, presumably for the last 30 years.

CATEGORIZATION AS A TAX VERSUS A SERVICE CHARGE
Before we are able to determine whether something is a tax or whether it is a service charge we must first define each of these terms. In relation to property, a tax is a charge which arises simply from owning or possessing that property i.e. the charge flows as consequence of the ownership of that property. For example, you are required to pay for a license disc if you own a car and intend driving it on the roads in the Republic. That charge is a consequence of the ownership of that type of property.

A service charge is different. You only pay for the use or provision of that service. For example, if you use a national road which is part of the e-toll infrastructure you will then incur the toll fees connected to that use i.e. you have been provided with the opportunity to use that road and have attracted a charge because you elected to do so. (Interestingly, SANRAL has similarly categorised e-toll charges as taxes, and which charges should be, in the authors’ opinions, classified as service charges, but this issue lies beyond the scope of this article).

CHOICE AS THE DISTINGUISHING ELEMENT
The distinguishing feature between these two definitions appears to be an element of choice i.e. we do not have a choice whether we wish to pay a tax but have some ability to choose whether we utilise a service. This distinction becomes blurred when a consumer does not in fact have an election to use a service but should nonetheless only pay for services actually supplied.

ILLUSION OF CHOICE
When it comes to municipal services, in most instances a consumer does not have a choice as to whether it would like to be provided with water by the municipality or another service provider, because most of the time there are no other service providers in that area. The issue considered herein is whether that ‘illusion of choice’ changes the principle that a consumer cannot be charged for that which he does not consume.

COMPOUNDING THE PROBLEM: DIFFERENT PRINCIPLES FOR DIFFERENT TYPES OF PROPERTIES
The issue is compounded when the municipality treats property owners and/or different charges for the same service, differently.

For example, a property owner of vacant land is charged for sewer availability even though they are not using the service (which makes it look like a tax), but as soon as they begin using the service (when the property is developed) then they will be charged according to a tariff and in some instances charged according to the amount of water they consume (which makes it look like a service charge). In this instance there may be good reason to treat sewer charges as a tax in certain instances and a service in others, as the City provides the infrastructure which a vacant land owner could use when the property is developed, and then provides an additional service to the property owner when the property is actually developed.

The question is whether refuse charges could, or should be treated in the same way as sewer charges.

REFUSE REMOVAL AS TAX?
It is important to understand the factors which seem to indicate that refuse removal is a tax. When a municipality registers a transfer of property it will automatically open a municipal account for the new owner and immediately begin billing the owner for property rates, sewer and refuse removal. This indicates that a municipality considers each of these charges to be similar in nature and automatically payable by the owner of the property as a consequence of the ownership of that property. This is further supported by the fact that no consumer agreement between the City and property owners is required to be concluded in respect of these charges and no deposit is required before the City will begin collecting refuse bins at the property or supplying sewer to the property. In addition, there are certain types of refuse charges which are levied as a consequence of the ownership of that particular property, for example, the City Cleaning Levy is only levied against properties located in the inner city and as such is a consequence of owning a property in the inner city. Similarly, the City’s bylaws provide that residential property owners must pay for refuse removal regardless of whether they use the service or if they chose to pay private contractors to remove their refuse, indicating that the charge is a consequence of owning that category of property.

Categorising refuse removal as an automatic tax against the property makes sense from the perspective that it would be difficult to monitor which property was utilizing its own private contractors rather than the municipality’s refuse removal services. For example, on an ordinary residential road the municipal workers cannot be expected to be further burdened with having to determine which of those houses are meant to be serviced by them and which are not. Therefore in that instance it makes sense to treat refuse removal as a consequence of ownership of that category of property.

REFUSE REMOVAL AS A SERVICE?
If one considers how bins are removed, it is evident that the consumer places their bins outside their properties on a certain day and the municipality (assuming there are no public sector strikes) comes along and then removes the refuse contained in that bin. Naturally, the consumer then pays for that service. The fact that there are private contractors who facilitate this for consumers is an indication it is a service and not a tax, i.e. the commercialisation of the function supports the assertion that it is a service.

Interestingly, COJ properties that are categorised as Business and Commercial are not obliged by the COJ’s by-laws to use the COJ refuse removal service. The reason for this is that in some instances the COJ cannot remove certain kinds of industrial waste and as such must allow consumers to use private contractors. This further substantiates the claim that refuse removal is a service as the COJ acknowledges that it cannot charge consumers for a service that it does not provide.

Similarly, the COJ does not charge owners of properties categorised as vacant land for refuse removal, pointing to the fact that the COJ acknowledges that it cannot charge for a service not supplied.

UNLAWFUL DISCRIMINATION
In addition, if refuse is in fact a service then the COJ’s discrimination as to which consumers can choose to utilize the service, would need to be justifiable, i.e. exemptions to businesses but not to residential must be justified.

The COJ may argue that it is justifiable for it to require all residential freehold properties to pay for refuse removal because one can’t expect municipal bin collectors to know which consumers in any particular street, are using the COJ’s services, or other private contractors. Logically, however, if the consumer was using a private contractor then a different type of bin to that of Pikitup should be used as is currently the case with bins supplied by Mondi, which are orange and used to remove paper waste only for recycling. This would easily solve the problem.

Taking this argument one step further, if there are no bins at the property then the consumer cannot put them out to be collected and should not be charged for refuse collection. This would apply to any owner of any type of property, because it is submitted that (as per the Constitutional Court in Rademan v Moqhaka Municipality & Others) a municipality cannot charge for services that are not actually rendered. But then again, this argument depends on a court finding that refuse charges are services charges and not taxes. Another interesting issue that lies beyond the scope of this article, is whether it would be lawful to discriminate between categories of property owners, in levying refuse charges as taxes.

CONCLUSION
As is apparent from the aforegoing, there are wide-reaching ramifications if refuse removal is categorised as a tax or a service. Accordingly, it is our opinion that a court should be approached for a declarator as to the legal nature of these types of charges.