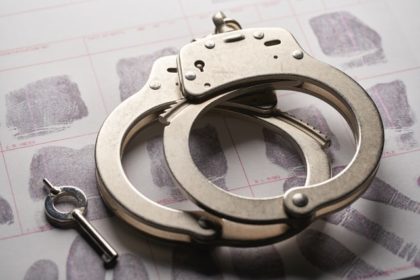 The application in question has been brought before the Eastern Cape High Court to interdict the safety protocols and measures that have been implemented by the North End prison facility (the “prison”) to prevent the spread of COVID-19 throughout the prison, which measures the applicant allege infringes upon inmates basic rights. Brenda Wardle, the applicant in this matter, is a prisoner awaiting trial in the North End prison, where she has been detained since 30 June 2017.

There have been many safety measures implemented by the prison which include, inter alia, stringent visitation rules and regulations, the carrying out of regular cell inspections and confiscation of “contraband”, limited access to public phone(s) and the tuckshop, to name a few. Insofar as the cell inspections are concerned, the applicant alleged that the Minister of Justice and Correctional Services and the National Commissioner of Correctional Services (the “respondents”) or their officials may only carry out such inspections where there is a reasonable suspicion that the inmate in question has contravened the Department of Correctional Services regulations, in which case the respondent and/or its official are to first obtain judicial authorisation before they may proceed with inspecting the inmates cell and living quarters. Furthermore, the applicant argued that access to the tuckshop should not be less than twice a week.

In light of the aforementioned, the respondents argued that the protocols were implemented solely for the protection of all the inmates and correctional staff. The primary focus of these searches was to identify and confiscate, where warranted, any weapons and contraband that are regularly smuggled into the prison. The fact that the applicant keeps a large volume of paperwork in her cell warrants regular searches for contraband. In addition to this, the respondents maintain that the searches aid in ensuring that day to day items are utilised for their primary purpose. While the respondents may have confiscated a select few items, which the applicant had in her possession “illegally”, this was done in accordance with the standard operating procedure and for the safety of other inmates. Moreover, the respondents have at all times been reasonable in carrying out their inspections and have continued to allow the applicant to keep a computer in her cell.

In considering the applicant’s case, the court was of the opinion that her version of events was far-fetched and inherently improbable. The court came to this conclusion on the basis that she applicant had items in her cell that she did not receive permission to have, such as her cell phone and in the court’s opinion the respondents have been very lenient on her. On the other hand, with the respondents having succinctly dealt with the applicant’s claims and supported their response with appropriate objection and corroboration, in the form of documents and registers, the court was of the opinion that the respondents’ assertions could not be rejected. under the circumstances, the applicant did not make out her case and as such the application was dismissed with costs.

The court, in reaching its decision, referred to the Plascon Evans (Pty) Ltd v Van Riebeeck Paints supreme court of appeal judgment, where is has been confirmed that where a dispute of fact arises where an applicant seeks final relief, as was the case in the correct matter, the court is empowered to make a determination on the dispute(s) of fact in respect of such application proceedings, without having to hear oral evidence and on the respondent’s written version of events.