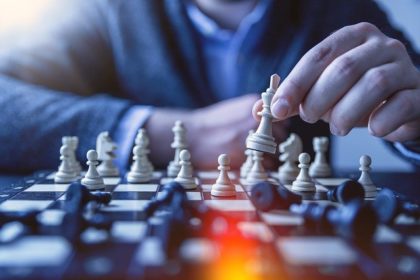 What is Unlawful Competition?

What is Unlawful Competition?

(a) promote the efficiency. adaptability and development of the economy;

(b) provide consumers with competitive prices and product choices;

(d) expand opportunities for South African participation in the world market and recognise the rote of foreign competition in the Republic;

(e) ensure that small md medium-sized enter-prises have an equitable opportunity to participate in the economy; and

(f) promote a greater spread of ownership, in particular to increase the ownership stakes of historically disadvantaged persons.

The case of Mullane and Another v Smith and Others (2014/28264) [2015] ZAGPJHC 66; [2015] 3 All SA 230 (GJ) (20 April 2015) (“the Mullane case”) provided that unlawful competition is not limited to any specific kind of unlawful action and is not covered by any legislation. The law of unlawful competition falls within the scope of the common law principles of delict, specifically the Aquilian action. According to Boberg P.Q.R, “The Law of Delict|Aquilian Liability (1984)” read together with the Mullane case, before any person can be held liable in terms of the Aquilian action, the following four requirements must be present:

Passing-off occurs when a trader unlawfully represents (through the use of a trademark or appearance, packaging, way of presentation) his product, service or business to be that of his competitor or, at least, to be associated with it. Another way to unlawfully interfere with a trader’s right is to infringe the traders’ business goodwill. The term business goodwill can be defined to include anything that adds value to a business and this can include the business’s name and reputation and connections.

The right to protection from unlawful competition requires a wrongful interference with another’s rights as mentioned above. As stated in the Mullane case, in addition to the Competition Act, the right to freedom of trade is limited by common law principles of unlawful competition and it is also affected by various pieces of legislation such as the Trademark Act 194 of 1993, Patents Act 57 of 1978, Designs Act 195 of 1993 and Performers’ Protection Act 11 of 1967. These Acts directly or secondarily regulate business practice and competition law.

Every person is entitled to freely carry out his/her trade in competition with his/her competitors. In instances where there is unlawful competition, the affected trader must establish all the requisites of Aquilian liability, including proof that the defendant has committed a wrongful interference with the trader’s rights.