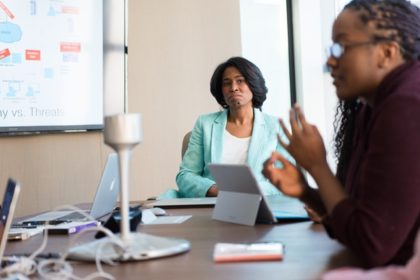 The Respondents contended that their non-compliance with the award was not mala fide, and therefore they were not in contempt of court.

The First Respondent submitted that in terms of the Municipal Systems Act 32 of 2000 (“the MSA”),

“a municipal manager must develop a staff establishment which provides posts and job descriptions for those posts as well as salaries and conditions of service for employees who occupy the post.1”

Accordingly, the First Respondent submitted that as Mr Sawa refuses to relinquish his position, the Applicant can only be appointed when the position becomes vacant. In response to the above submissions, the Applicant contends that Section 189 of the LRA makes provision for Mr Sawa to be dismissed due to operational requirements, thus placing the Second Respondent in a position to comply with the award.

The main issue before the Labour Court of South Africa (“the Court”) is, inter alia, whether the respondents acted with mala fides in their non-compliance with the certified arbitration award and whether compliance with the award will constitute a violation of the MSA.

In Federation of Governing Bodies of South African Schools v MEC for Education2, it was held that:

“Contempt of court is not an issue inter partes, it is an issue between the court and the party who has not complied with a mandatory order of court”

It was confirmed by the Court that the explanation given by the First Respondent for the non-compliance with the certified award is a stratagem and an effort to perpetuate the very unfair labour practice which the arbitrator ordered the Second Respondent to refrain from committing.

Further, the Court found that accepting the Respondents’ defence, provides the Second Respondent, as an organ of state, the opportunity not to comply with a certified award or to hand-pick the parts of the award it wishes to comply with. The First Respondent’s submission that the Applicant will be appointed to the impugned position when it is vacant, suggests the Respondents’ intention to continue resisting the certified award and supports the conclusion that such non-compliance should be construed as deliberate and mala fides.

Therefore, the Court held that the Respondents are in contempt of court for non-compliance with the arbitration award issued by the SALGBC and the First Respondent is to be sentenced to imprisonment for a period of 12 months, wholly suspended on condition that the Second Respondent appoint the Applicant to the position of the impugned within 10 days after receiving the order.

The purpose of contempt of court proceedings is trite. It is the protection of the authority, dignity, and effectiveness of court orders, the value of which is in their enforcement.