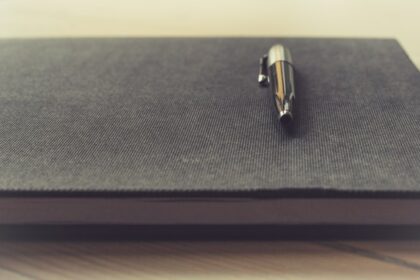 Our government is constitutionally bound to be just, to promote justice and accountability, to ensure the realisation of the rights contained in the Bill of Rights and to make decisions, administrative or otherwise, in the interest of its people. However, what happens when public servants disregard the very laws that our constitutional dispensation is premised on, looting from and harming the very people which they are mandated to protect. Who will protect us from those that are meant to protect us? This article seeks to answer this question through an assessment of the office of the Public Protector, and the workings of same towards the safeguarding and promotion of the Bill of Rights.

The appointment and removal of the Public Protector

Powers of the Public Protector

In Economic Freedom Fighters v Speaker of the National Assembly the court held that the recommendations of the Public Protector are legally binding unless they are set aside on judicial review. Thus, in the absence of a pending judicial review with regards to specific remedies taken by the office of the Public Protector, the remedial action ought to be implemented. The office of the Public Protector has the power to conduct an investigation regarding the mismanagement or unreasonable delay of state affairs of their own accord, or on the basis of allegations or complaints received or information brought to its attention. The role of the office of the Public Protector to ensure accountability by members of the government is mandated through its duties in section 182(1) of the Constitution which reads as follows:
“The Public Protector has the power, as regulated by national legislation, (a) to investigate any conduct in state affairs, or in the public administration in any sphere of government, that is alleged or suspected to be improper or to result in any impropriety or prejudice; (b) to report on that conduct; and (c) to take appropriate remedial action.”
In consideration of the above provisions, the office of the Public Protector is constitutionally tasked to conduct investigations and provide accounts on any mismanagement by the government, and to put in place whatever remedies it sees fit. In Fose v Minister of Safety and Security the Constitutional Court provided a detailed explanation on what could be regarded as “appropriate relief” once it has been established that the Bill of Rights have been violated. According to the Constitutional court appropriate relief will essentially be whatever is required for the protection and enforcement of the Constitution.

Sections 6, 7 and 7A on the Public Protector Act set out the additional powers of the Public Protector, which include, amongst others, the right to subpoena, to have access to premises, and to exercise seizure. Section 6 (4)(a)(i)-(v) of the Act provides for matters in the Public Protector’s jurisdiction, which include abuse of power, capricious, improper or unfair conduct, or any other inappropriate conduct or unnecessary delay by persons performing public functions, any dishonest or improper act, any instance of unlawful enrichment, or receipt of an improper advantage, or a promise of the improper advantage through an act or omission by a person in public administration, or in connection with governmental affairs, at any level of government, or people carrying out public functions.
The investigative ambit of the Public Protector does, however, not include the investigation of decisions made by the courts, or the investigation of private companies, lawyers and doctors.

All internal remedies must be exhausted before contacting the Public Protector, this involves trying to resolve the problem with the relevant office first, speaking to the officials involved, the manager of the relevant office or the head of the department. Only then can the issue be escalated to the Public Protector.
All persons employed by the state may be investigated by the Public Protector, including members of government at any level e.g. Ministers, Deputy Ministers, Premiers, Members of Parliament, the President and the Deputy President, any public entity e.g. the Independent Development Trust, any institution where the majority shareholder is the State e.g. the National Youth Development Agency, the Broadcasting Complaints Commission of South Africa, Alexkor Limited, National Gambling Board of South Africa etc., and persons, companies or corporations performing public functions, e.g. Eskom.

Should all internal remedies be exhausted, and the problem is still not solved, consider writing a letter to the Public Protector. The letter should contain the following information:

• The type of complaint
• The background of the complaint
• The reason you feel the circumstances warrant an investigation
• The internal remedies you sought to solve the problem
• Proof of the abovementioned remedies (e.g. correspondence between you and the relevant officials)
• Specific details such as the names of the officials and dates / details of alleged improper conduct
• Your contact details

The functions of the Public Protector to enforce your rights, and to hold the State accountable.