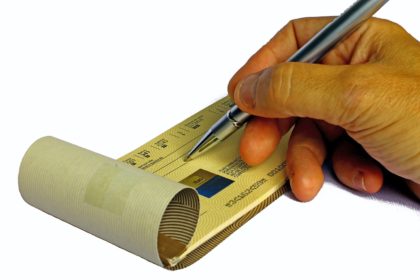 Nombulelo Cynthia Chiloane (“the Employee”) was said to have cashed a company cheque without following Standard Bank Limited’s (“the Employer”) internal procedures. It later transpired that the cashed cheque was fraudulent, which caused the Employer a loss of approximately R30,000.00. Pursuant to this, the Employee was given notice to attend a disciplinary hearing by the Employer. On the day that the Employee received the notice to attend the disciplinary hearing, she submitted her letter of resignation. The letter stated that she was tendering her “resignation with immediate effect”. However, she was required to serve a four-week notice period, as provided for in her contract of employment, and the disciplinary hearing was to take place during the foresaid notice period.

The Labour Court held that once an employee hands in their resignation indicating that the resignation is with immediate effect, the employment relationship comes to an immediate end and the employer has no right to insist that the employee serves his/her notice period. Under the circumstances, the Labour Court declared that the Employee’s dismissal was “null and void”. The Employer then approached the Labour Appeal Court (“LAC”) to have the decision set aside.

The LAC emphasised that employment relationships are governed by contract or statutes. Accordingly, if an employer and its employee do not expressly agree for either of them to give the other notice to terminate their relationship, the Basic Conditions of Employment Act 75 of 1997 (“BCEA”) is then applicable.

The LAC held that the Employee’s narration – that her resignation was with “immediate effect” – was of no consequence because it did not comply with the contract which governed her relationship with her Employer. Therefore, the Employer was correct to read into the resignation a four-week notice period within which period it was free to proceed with the disciplinary hearing. It was on this basis that the appeal succeeded; therefore, the order of the Labour Court was set aside and the application was dismissed with no order made in respect of costs.

In this matter the Labour Appeal Court had to consider the validity of an employee’s notice of resignation, with immediate effect, in light of the contract of employment which governed the working relationship in question. The employee’s failure to give proper notice is a breach of contract entitling the employer, in terms of the ordinary principles of law relating to breach, either to accept the repudiatory breach or terminate the contract summarily or to hold the employee to the contract.