The sad phenomena of Parental Alienation 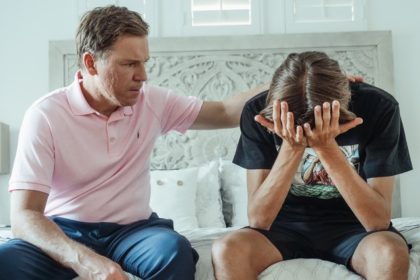 Looking at the South African divorce rate where many children come from a divorced household and where parental alienation may be present, one needs to be alert to the consequences that will arise in the lives of these children in the coming years. The nature, duration, and level of parental conflict in divorce/separation can have a lasting impact that will affect all family members in one way or another.

Extreme examples of parental alienation are generally accepted as being a small percentage of the cases before the Court. More common are mixed cases where subtle behaviors and attitudes are adopted by one parent, leading to the child rejecting the other parent. Parents who attempt to alienate their children from their ex-partners are committing a form of child abuse. Parental alienation manifests itself in one or more of the following ways and parents should be alive to red flags such as the following:

How can a parent prove Parental Alienation?

In the case of Germani v Herf 1975(4) SA 887 (AD) the Court was concerned with a factual situation where the father was entitled to certain contact rights to his child in terms of a Court Order, however, was refused such contact by the mother over a protracted period of time.

The pertinent question was whether the father proved that the mother’s refusal to comply with the Court Order was willful, regard being had to the 12-year-old child’s steadfast refusal to have anything to do with the father.

Having held that the child’s resistance has undoubtedly been encouraged by the negative influence of the mother, the Court raised the question of whether in such circumstances the Court of the first instance could have considered awarding primary residency of the child to the father. In this regard the court remarked as follows:

“A note of warning should I think be added here. If the appellant’s access continues to be frustrated or prevented by the first respondent or the child the court may well have to consider seriously in the light of all the circumstances, apart from any question of enforcing the committal order against the first respondent whether the only solution is to award the custody of the child to the appellant at any rate for such time as he deems fit. (Cf. Edge v. Murray, 1962 (3) SA 603 (W) at p. 607.) That would afford an effective opportunity for father and son to become reconciled.” (per Trollip JA)

In the case of Richies v Richies 1981 (1) PH B4 (0) the Judge held that: “A parent who unnecessarily deprives a child of the opportunities to experience the affection of its other parent and breaks down the image of that other parent in the eyes of the child, is a selfish parent, robbing the child of what should be its heritage in order to salve his own wounds. And regrettably, often parents wounded by the marital conflict lose their objectivity and use, as very effective clubs with which they beat the foe, the objects both profess to love more than life itself, their children, who suffered a further problem in the process”.

Foreign jurisdictions approach parental alienation in a similar manner. For example, in a judgment delivered in the Australian High Court of Justice, family division, reported as V v V [2004] EWHC 1215 (Fam), the Court was also faced with a situation where the mother unilaterally and unreasonably denied the father contact to his children. After constant litigation between the parties over a period of 4 (Four) years involving 17 (Seventeen) Court Orders and directions of some16 (Sixteen) Judges the Court eventually found that it was time that the litigation should end for the sake of the children and transferred residence of the children to the father. The Judge stated:

“Unfortunately, the courts at all levels are well accustomed to intractable contact disputes which drag on for years with little or anything to show for the outcome, except numerous court hearings, misery for the parents, who become more entrenched in their positions, wasted court resources, and above all serious emotional damage to the children. These disputes are expensive, they take up a disproportionate amount of time in court, thereby depriving other cases of timely hearing. Constant litigation in respect of residence and/or contact is not only destabilizing for parents and children who become a battleground to be fought over at any cost but also a process that progressively results in entrenched attitudes as if engaged in a war of attrition. Frequently, as in the current case, it is the mother caring for the children who is against making contact work. I find she has undermined contact with the father over a period of years in circumstances in which the children love their father, want to spend time with him, know him and have a good relationship with him. They also love their mother who in many respects, is a good parent. Had it not been for the breakdown of the parent’s relationship, the alienation of their respective extended families and corrupting, corroding effect of litigation battles, I consider that not one word of criticism would have arisen concerning the quality of care given to these children. What has happened is a tragedy because each parent has much to offer”.

The following was also said in this matter:

“There is also a perception that courts allow parents with care to flout court orders for contact and permit the parent with residence to exclude the parent from the lives of the children so that the other parent is worn down by years of futile litigation which achieves nothing and only ends when the parent gives up to the struggle, or the children are old enough to make their own decisions, assuming they have not been brainwashed in the meantime”. In this matter primary care was taken away from the mother and awarded to the father evidencing that Courts have the power to rectify the injustices caused by parental alienation.

The emphasis should always be on allowing children to maintain a relationship with both parents but if the alienating parent fails to improve their behavior, their contact with the child should be restricted or, in serious cases, refused. A programme could also be implemented like what was adopted in the United Kingdom called ‘Positive Parenting’ to assist the abusive parent to place themselves in their child’s position and adapt their behavior accordingly. If signs of parental alienation are detected, the proper records should be kept, and prompt intervention sought from suitably qualified experts. Legal steps may have to be taken to safeguard the alienated parent’s rights and more importantly, those of the child in question.