The Recognition of Religious Marriages in South Africa 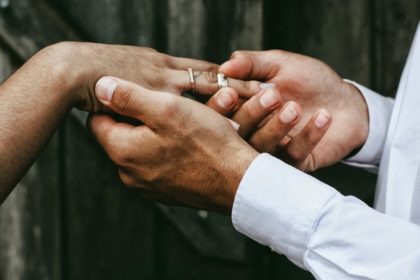 Prior to the recent judgment handed down by the Supreme Court of Appeal (“SCA”) on 18 December 2020, our Constitution did not recognise nor regulate Muslim marriages as valid marriages because they were viewed as potentially polygamous and contra bones mores. This non-recognition also extends to Hindu marriages in South Africa.

Numerous judgements from the Courts have criticised the state’s inability to make meaningful efforts to ensure the legal recognition of these religious marriages in South Africa. The constitutional rights of vulnerable groups like women and children, such as their right to dignity, freedom from unjust treatment, equality, and access to the Courts were consequently often violated.

This article will examine contemporary case law and the current legal status of religious marriages in South Africa.

In order for a Muslim marriage to be recognised in terms of South African law a separate civil ceremony, either in terms of the Marriage Act 25 of 1961 (“the Marriage Act”) or the Civil Union Act 17 of 2006 (“Civil Union Act”), must have been held. If not, the Muslim marriage would be treated as a putative marriage out of community of property, with the exclusion of the accrual system. Differently put, the normal proprietary consequences of parties that are unmarried would follow. A decree of divorce was not required for the dissolution of these marriages and it was impossible for women to terminate a marriage relationship out of own accord, leaving many women imprisoned in unsatisfactory marriages.

In more recent times the legitimacy of a Muslim marriage no longer precluded one spouse from claiming interim maintenance from the other and the duty of support has been recognised to some extent. Judicial discretion has even been exercised in favour of some measure of proprietary relief following the marriage dissolution.

This SCA judgement set the precedent for Muslim marriages in South Africa forthwith declaring that both the Marriage Act and the Divorce Act 70 of 1979 (“the Divorce Act”) are inconsistent with the Constitution pending legislative reform.

3 (Three) different applications were consolidated and came before the full bench of the Western Cape Division of the High Court. The Applicants argued that the state violated the fundamental constitutional rights of equality, dignity, freedom of religion, the best interests of the child and access to the Court by its failure to recognise Muslim marriages and failed to fulfil its duties imposed on it by various human rights treaties and conventions to which South Africa is a party. The State contended the Constitution does not oblige it to pass laws for the protection of a specific group of people.

The Court a quo stated that the non-recognition of Muslim marriages is “historic, persistent and remains unfulfilled since the beginning of democracy” and found that the state has failed to fulfil its obligations. The decision was thereafter taken on appeal.

Ruling of the SCA

The declarations of constitutional invalidity, mentioned above, have been referred to the Constitutional Court (“CC”) for confirmation and are suspended for a period of 24 (Twenty-Four) months to enable the President and Cabinet, together with Parliament, to remedy these defects to ensure the recognition of Muslim marriages forthwith. The CC is currently deliberating the order and have reserved judgment.

Pending such legislation or amendments to existing legislation, it is declared that a union, validly concluded as a marriage in terms of Sharia law and subsisting at the date of the SCA’s decision, or, which has been terminated in terms of Sharia law, but in respect of which legal proceedings have been instituted and which proceedings have not been finally determined as at the date thereof, may be dissolved in accordance with the Divorce Act as more fully dealt with in the SCA decision.

This SCA judgement is therefore ground-breaking as it finally remedied the adversity suffered by vulnerable parties to Muslim marriages. All the provisions of the Divorce Act shall be applicable save that all Muslim marriages shall be treated as if they are out of community of property, except where there are agreements to the contrary.

Similarly, Hindu religious marriages have been the subject of judicial scrutiny over the years. Hindu marriages are not recognised in South Africa and the parties are consequently considered unmarried in the eyes of the law and merely “married in terms of Hindu Rites”. Hindu marriages are likewise regarded as putative marriages and are deemed to be out of community of property with the exclusion of the accrual system.

The reasoning behind the non-recognition of Hindu marriages stems from the fact that Hindu Priests are not designated marriages officers, although their designation is possible in terms of the Marriage Act. Moreover, like with Muslim marriages prior to its recognition, the non-recognition of Hindu marriages is due to their potential polygamous nature which is irreconcilable with the Marriage Act and Civil Union Act. It is therefore recommended that parties to a Hindu marriage conclude an Antenuptial Contract and have a separate civil ceremony to ensure that the usual legal consequences of marriages under South African law are also applicable to their marriage.

Seeing as South African law does not recognise Hindu marriages same cannot, legally speaking, be dissolved. In the case of Singh v Ramparsad and others2 it was is submitted that the Court does not have the power to convert a Hindu marriage that has not been solemnised in terms of the Marriage Act into a civil marriage by declaring that it falls within the ambit of the Marriage Act and hence, the Plaintiff could not obtain a decree of divorce.

Currently, the only protection that is offered to parties married in accordance with Hindu rites is the possibility to claim interim maintenance for purposes of Rule 43 of the Uniform Rules of the Court, in instance where spousal support is required.

Muslim marriages will now enjoy the same rights and legal security as civil marriages, customary marriages, and civil unions, save for the matrimonial property regime being regarded as out of community of property.

Women (and men) married in terms of Muslim marriages may now be entitled to a decree of divorce, proprietary claims depending on the applicable matrimonial regime, or to seek the forfeiture of patrimonial benefits of the marriage in terms of the Divorce Act.

Despite these strides, the non-recognition of Hindu marriages in South Africa requires urgent reform in order to level the playing field so to speak and we are hopeful that the recent precedent that has been set by the SCA in respect of Muslim marriages will follow suit. Ideally, a single consolidated marriage statute will follow as called for by the South African Law Reform Commission.

This article is important as it examines the current legal status of religious marriages in South Africa.