The Progression of LGBTIQ+ rights in South Africa (Part 2) 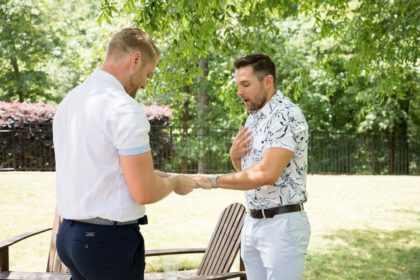 Part 1 of this 2-part series explored the series of events and various legal judgments that effected the change for South Africa, thereby enabling it to become more accepting of the LGBTIQ+ community (“the Community”) by legislating against discrimination on the basis of sexual orientation. This article aims to focus on the progression of LGBTIQ+ rights in South Africa insofar as it relates to children in LGBTIQ+ families, either through assisted reproductive technologies, or adoptions – a move away from binary thinking of “traditional” families in the westernised world.

From the beginning of the 1990’s, reviews and commentaries dealing with custody cases and the right to adoption began to appear in law journals and as a result, legal cases have since emerged which have broken new ground for same-sex parents and their children. The case that changed the South African perspective in this regard is set out hereunder.

Prior to the abovementioned case, there was no legal prohibition against adoptions by members of the Community in their individual capacities, however, adoptions by same-sex couples were legally prohibited. The brief facts of the Du Toit case are as follows: two partners in a longstanding lesbian relationship had brought an application in the Pretoria Children’s Court, jointly, to adopt two children. However, because the Child Care Act 74 of 1983 (“the Child Care Act”) confined joint adoption to married couples, custody and guardianship rights could only be granted to one partner.

Artificial insemination or assisted reproductive technology, was previously limited to married women, however, following the Constitutional Court case of J. & B. v. Director General of Home Affairs, Minister of Home Affairs & President of the Republic of South Africa, 2003 (5) SA 621 (CC), the court held that when a same-sex couple has a child together through artificial insemination, both are automatically the legal parents of the child. This case dealt specifically with the Children’s Status Act of 1987 and the Human Tissue Act, No. 65 of 1983, amended by Act 106 of 1984 and Act 51 of 1989.

Ironically, although members of the Community could, at this stage, legally be parents by means of adoption or artificial insemination, they still could not legally be married to one another until 2006 when the Civil Unions Act came into operation (as discussed in part 1 of this article).

The Du Toit case ultimately gave same-sex partners the same adoption rights as married spouses, allowing couples to adopt children jointly and allowing one partner to adopt the other’s child(ren). Furthermore, the J & B case provided the rights for same sex partners to have parental rights in terms of a child born of artificial insemination. The “adoption laws” as set out in the Child Care Act and the Guardianship Act, and the” insemination laws” as set out in the Children’s Status Act and the Human Tissues Act, have since been replaced by the Children’s Act, which allows adoption and responsibilities and rights in respect of a child born of artificial insemination by spouses and by “partners in a permanent domestic life-partnership” regardless of sexual orientation.

The Children’s Act has also equalised the rights of same sex parents in respect of a child born of surrogacy. It should be noted that the law in relation to surrogacy can be quite complex and should this be an option you were to consider, we advise that you seek proper legal advice before you embark on such a journey.

The Children’s Act has given a broader definition to the term family member. It no longer pertains exclusively to a blood relative but it includes anyone with whom the child has developed a significant psychological or emotional bond. In addition, the Children’s Act requires that “the best interests of the child” be the paramount consideration when adjudicating over matters concerning children. This relates to any aspect in respect of the child and has had far reaching implications for the laws regulating parenthood in South Africa.

The Labour Laws Amendment Act 10 of 2018 (“the LLAA”) was signed into law by President Cyril Ramaphosa in November 2018 and came into effect on 1 January 2019. The LLAA allowed for same-sex couples, as well as adoptive and surrogate parents, to take parental leave in accordance with the provisions of Section 25A of the LLAA – with fathers permitted to receive at least 10 days paternity leave when a child is born or when an adoption order is granted. It also enables the adoptive parents, in terms of Section 25B of a child of under two years of age to take an adoption leave of 10 weeks consecutively. If there are two adoptive parents‚ one of them is entitled to adoption leave and the other is entitled to parental leave of 10 days. The same provision is made for commissioning parents in a surrogate motherhood agreement in terms of Section 25C of the LLAA.

To date, a number of cases resulted in new legislative standards for “non-traditional” families comprising members of the Community, including but not limited to the following noteworthy cases:

At the end of it all, it is clear that when it comes to children borne of a marriage, whether between members of the Community or not, whether by means of adoption or assisted reproductive technologies, the interests of the child are paramount. Prospective parents must simply comply with their responsibilities and rights in respect of the child, that is all that matters, and not the outdated view of what a family should be.

Whilst the legal and socio-political development discussed in this 2-part series mark tremendous advancements for South Africa, not all of South Africa’s LGBTIQ+ community enjoy the benefits thereof. Our country still carries the burden of the negative social and economic effects of the apartheid regime and further bears the brunt of extreme wealth disparities. These gross differences directly impact the lives of the LGBTIQ+ community. This, coupled with cultural exclusion, preclude most of the population from experiencing and enjoying the freedoms set out herein. Our country still has a long way to go to ensure full and equal benefit and legal protection for the Community, but we are indeed making progress in this regard.