The Postnuptial Registration of an Ante-Nuptial Contract 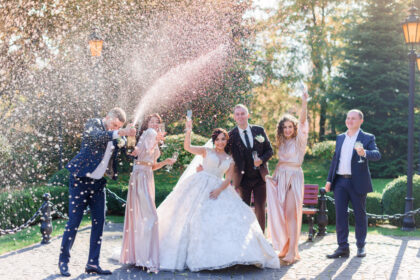 Under South African law, if prospective spouses do not execute an antenuptial contract (“ANC”) prior to their marriage, they shall automatically be married in community of property. Similarly, if prospective spouses have executed an ANC, proceed to get married, and then later discover that the ANC was not, in fact, registered within the 3 (Three) month period prescribed by law, their marital regime shall be regarded as in community of property.

In the latter scenario, the executed ANC is only contractually binding between the parties to the marriage and is not binding against third parties. Therefore, spouses who wish rectify the marital regime to be out of community of property as was intended, may jointly make an application to the relevant High Court (“court”) for an order authorising them to execute and register a post nuptial contract (“PNC”) which would have the same effect as the intended ANC.

A change in marital regime cannot be given effect to in the absence of a Court Order. This article will explore the court application process to be followed in this regard to allow for the subsequent registration of a PNC.

Spouses should jointly apply to the court for leave to change the marital regime. If the court is satisfied that good reason exists for the application, sufficient notice has been given to creditors and no one will be prejudiced by the proposed change, it will authorise the spouses to conclude a postnuptial notarial contract which will regulate their future marital regime.

In terms of section 88 of the Deeds Registries Act 47 of 1937 (“the DRA”), it is possible to make application to the High Court in the event of a notary failing to timeously register the antenuptial agreement within the requisite 3 (Three) month period and where the terms of the matrimonial property regime were agreed upon between the intended spouses before the marriage. Such an application is made in terms of Section 21(1) of the MPA, read with section 88 of the DRA. The effect of a court order in terms of section 88 is that, although executed and registered after the conclusion of the marriage, it will be effective from the date of marriage, i.e., it has retrospective effect as with a normal antenuptial contract.

REQUIREMENTS FOR THE COURT APPLICATION

The following procedural requirements must be met prior to the application being heard at court:

(i) Notice to the Deeds Registrar

Section 97 of the DRA requires that “before any application is made to the court for authority or an order involving the performance of any act in a deeds registry, the applicant shall give the registrar concerned at least seven days’ notice before the hearing of such application and such registrar may submit to the court such report thereon as he may deem desirable to make.”

The spouses existing assets and liabilities should be adequately dealt with in the application and the proposed change has to be motivated. The application should not prejudice the spouses’ creditors, therefore, sufficient notice to creditors is also a pre-requisite. In order to satisfy this requirement, parties must publish a notice in 2 (Two) local newspapers, in the area in which they reside as well as in the Government Gazette. In addition to these publications, parties should ensure that the notice is duly delivered by to all creditors. Once the notices have been published and delivered, proof thereof will be used in support of the application.

WHAT HAPPENS ON THE COURT DAY?

Evidence will be lead on the parties’ respective affidavits in support of the application. Legislative compliance will have to be demonstrated and it is therefore important that all procedural requirements are met. Furthermore, the court has to be satisfied that the application reflects the parties’ true intentions, no prejudice will be caused and that there are no objections by creditors and/or the Registrar of Deeds. Thereafter, the court will make an order granting the parties leave to execute and register the draft PNC that accompanied the application.

EXECUTION AND REGISTRATION OF THE PNC

Spouses may find themselves in a predicament where they have duly executed an ANC and it later becomes known that their ANC was never registered, often due to failure by the notary public to lodge the ANC or to timeously to so. It is therefore important that prospective spouses utilise the services of a reliable and reputable notary to avoid having to approach the court for relief.