The Evolving Nature of Customary Marriages in South Africa 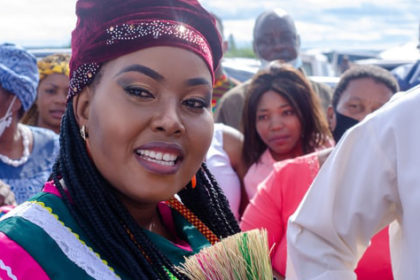 Over the years, the law around customary marriages in South Africa has continued to evolve on a case-by-case basis, which has led to inconsistencies regarding the recognition of customary marriages. This is primarily due to the distinct customs and traditions amongst the people of South Africa. Whilst most African cultures embrace the exchange of lobola, many other wedding festivities and traditions vary from community to community. Some cultures require the slaughter of cattle, the exchange of gifts, song and dance, and welcoming of the bride into her new family whilst other customs may differ somewhat.

Customary marriages are governed by the Recognition of Customary Marriages Act 120 of 1998 (“the Act”) which came into operation on 15 November 2000. A customary marriage is defined as a marriage concluded in terms of customary law, which is “the customs and usages traditionally observed among the indigenous African people of South Africa and which form part of the culture of these people”.

The Supreme Court of Appeal has recently been deliberating certain provisions of the Act, contending the nature and legitimacy of a customary marriage as will be dealt with hereinbelow. Evidently, the Act is believed to be one of the most misunderstood pieces of legislation in South Africa.

According to section 3(1) of the Act, a valid customary marriage is deemed to be concluded once the following requirements have been complied with: –

The most highly contested and questioned requirement in the Courts today, is the determination and need for proper construction of negotiated and entered into or celebrated in accordance with customary law. This generally includes 3 (Three) distinct stages, however, can vary from custom to custom:

In Mabuza v Mbatha2 the Court held that the ‘ukumekeza’ custom symbolically integrating a Swazi bride with her husband’s family is not a requirement for the validity of the marriage. The Judge found that the parties may do away with this custom by agreement.

In the case of Mbungela & another v Mkabi & others3 the Court examined whether the ceremony of handing over of the bride was an essential requirement of customary marriages. The Appellants contended that a valid customary marriage was not concluded because the bride was not “handed over” to the husband’s family and lobola was not paid in full. Lobolo was negotiated at R12 000.00 of which R9000.00 was paid in and gifts were exchanged. The couple did not register their marriage but they travelled to the traditional counsel to confirm the marriage.

The trial Court found that the handing over of the bride was not necessarily a key determinant of a valid customary marriage, its waiver was permissible and did not invalidate the marriage. It held that the legislature specifically did not set out the requirements for celebration of customary marriages because customary law is “a dynamic, flexible system which continuously evolves within the context of its values and norms, consistently with the Constitution, so as to meet the changing needs of the people who live by its norms.” The Supreme Court of Appeal (“SCA”) agreed that the marriage was valid and upheld the decision of the trial Court.

Likewise, in Tsambo v Sengadi4 , the SCA found that the ritual of handing over the bride was an important factor but not a key determinant of a valid customary marriage. The Court held that “rituals and customs have never been static or frozen in time, and that they develop and change along with the society in which they are practised.” The SCA averred that certain customs practiced long ago have been replaced with western customs, such as the wearing of wedding rings on fingers instead of a cattle’s gall bladder around the wrist. The SCA held further that given the Court’s obligation to give effect to the living customary law, it is nonsensical that the failure to strictly comply with all rituals and ceremonies that were historically observed can invalidate a marriage that has otherwise been negotiated, concluded or celebrated in accordance with the customary law.

If any doubt exists regarding the validity of a customary marriage, it is advisable to seek legal advice from a matrimonial law practitioner.

DISSOLUTION OF CUSTOMARY MARRIAGES BY DIVORCE

If a valid customary marriage exists, you may only dissolve same due to the irretrievable breakdown of the marriage and a decree of divorce has to be obtained in order for the marriage to be dissolved. Parties who no longer wish to continue with their marital relationship, therefore need to take the requisite legal steps to get legally divorced.

It is important to bear in mind that if parties to a customary marriage have not duly executed an antenuptial contract prior to entering such a marriage, the marriage will be deemed to be in community of property. If the parties intend to be married out of community, with or without the application of the accrual system, it is vital to timeously conclude an antenuptial agreement. There is legal recourse available if parties wish to change their matrimonial regime subsequent to the conclusion of the customary marriage by way of a High Court Application.