The consequences of early cancellation of a lease agreement 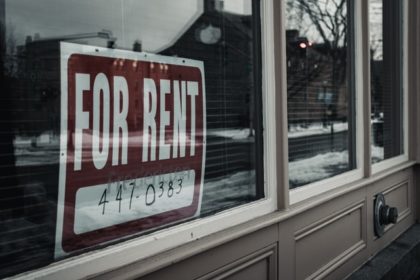 The Covid-19 pandemic has impacted all spheres of society and lease agreements are no exception to this. Many lessees have been forced to cancel their lease agreements prematurely and are forced to vacate properties leaving the lessees without a place to live and the lessor with a unit that was once occupied, but now being vacant. The question thus arises as to what the rights of lessors and lessees are when lease agreements are cancelled prior to their termination and/or maturity date.

The rights of lessors and lessees

The Consumer Protection Act 68 of 2008 (“the Act”) allows a lessee to give twenty business days’ notice to exit any fixed-term contract, however, the lessor is entitled to charge a reasonable cancellation fee if the lease is cancelled prior to the end of the agreed upon term. In reality, the Covid-19 pandemic has resulted in massive job losses, and many lessees simply do not have the money to pay for the 20 business days’ notice period or any penalties added by the lessor.

Furthermore, when a lease is cancelled early, a lessor may charge the lessee a small cancellation fee to cover the costs of advertising, however, a lessor may not:

i. refuse to give the lessee his or her deposit (barring any repairs that need to be done);

ii. compel the lessee to pay the remainder of the lease amount, for the full term of the lease; or

The Act also sets out that a lease may be cancelled by either party, due to a material breach of the lease agreement, which the breaching party fails to remedy within a set period of time, as set out more fully in the example below.

Lease agreements may also be cancelled if the lessor or the lessee does not fulfil his or her obligations in terms of the lease. As illustrated in the case of Vela v Dos Santos (A3061/2018) [2019] ZAGPJHC 123 (28 March2019). In this case, the parties entered into a lease agreement in February 2015 in respect of a residential property situated in Bryanston (“the Property”), and in terms of the lease agreement the Respondent (“the lessee”) would pay monthly rental in the amount of R150 000.00. The rental amount for the total rental period of six months, amounted to R900 000.00, and the deposit to be paid in terms of the lease agreement amounted to R300 000.00. However, when the lessee began occupying the premises, two flatlets on the Property were already occupied by tenants. Consequently, the parties agreed on the insertion of a special condition into the lease agreement which stated that the lessee would receive a concessionary discount of R60 000.00 from the total rental amount due for the full lease period, while the two flatlets are occupied, and that the flatlets’ leases would terminate on 30 April 2015 and the occupants would then vacate the Property. Thereafter, the lessee paid the reduced rental amount of R840 000.00 for the full lease period of six months plus a R300 000.00 deposit upfront.

In spite of the above-mentioned agreement, the Appellant (“the lessor”) failed to ensure that the tenants vacated the flatlets on 30 April 2015. Consequently, the lessee advised the lessor of the breach and afforded the lessor seven days within which to remedy the situation, failing which, the lessee would cancel the lease agreement.

The lessor failed to remedy the breach and the lessee proceeded to cancel the lease agreement and claimed a refund of a portion of the rental amount that she had paid. Thereafter, the lessor accepted the cancellation but refused to refund the money to the lessee. The lessee then proceeded to institute a claim against the lessor in respect of the following: –

In addition, the court held that, considering the circumstances of this case, the lessee had the option of either cancelling the lease agreement or instituting a claim against the lessor for specific performance. Further, the common law permits cancellation of a lease agreement where there has been a material breach, even in the absence of a clause allowing same.

It is important to note that section 14 of the Act does not apply to transactions between ‘between’ juristic persons, therefore, the word ‘between’ implies that both the lessor and the lessee would have to be juristic persons in order for the lease agreement to be excluded from this provision of the Act.

It is important to realise that, on top of the massive job losses as a result of the Covid-19 pandemic and its impact on the economy as a whole, a lessee is entitled to cancel his or her lease agreement prior to its termination and/or maturity date in terms of the Act. However, this does not negate the rights of a lessor, such as the right to be given notice of cancellation and to charge a reasonable cancellation fee.

The value of this article is that it provides a layperson with a brief breakdown of their right to cancel the lease agreement early, as well as the consequences of lessors failing to adhere to their obligations in terms of a lease agreement.