THE ALLIANCE OF NATURAL HEALTH PRODUCTS (SOUTH AFRICA) // THE MINISTER OF HEALTH AND ANOTHER (CASE NO. 11203/18) 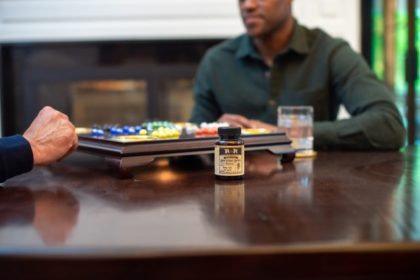 In 2020, the Alliance of Natural Health Products in South Africa (the “Applicant”) brought an application to review and set aside certain aspects of the General Medicine Regulations, promulgated by the Minister of Health (the “Minister”), on 25 August 2017, under General Notice 859 in Government Gazette 41064 (the “impugned Regulations”), under the Medicines and Related Substances Act No. 101 of 1965 (the “Act”).

The Applicant’s primary argument was that the Minister acted ultra vires in that he sought to regulate all supplementary medicines whilst the Act did not empower him to do so. The Applicant argued that the impugned Regulations’ definitions of “complementary medicines” and “health supplements” were unlawfully and unworkably broad, with the result that the definitions included a range of products and substances that were neither “medicines” nor “Scheduled substances” as defined in the Act.

If a substance or product is defined as a medicine, or is specified in one of the schedules to the Act (i.e. a scheduled substance), a vast array of legal, financial, and practical consequences are imposed by the Act.

The Applicant’s further submitted that, should the argument of ultra vires not be accepted, the impugned Regulations should in any event be set aside as a consequence of the Minister’s procedural irregularities, in that the information served before the Minister when drafting the final regulations, was:

“limited and inadequate as it did not include some of the material public comments sent in, in relation to the previous iterations of the draft Regulations; and/or on the ground of irrationality and/or unreasonableness in that the decision to promulgate the impugned Regulations was made with undue haste resulting in the failure to undertake the regulatory impact assessment which would have determined the impact, in taking on an additional task of regulating complementary medicines, on the Authority’s serious existing backlog in the registration of conventional allopathic medicines, and any financial impact such task may have on the Authority.”

The Minister contended that it did not act ultra vires, and that it was empowered by section 35 of the Act, to act as it did. The Minister argued that its powers included:

Kubushi J provided that it appeared from the parties’ submissions, that they were in agreement as to what the definition of “medicine” in the Act should entail, and that a purposive and contextual approach to the interpretation of the Act should prevail. As a result, the Applicant agreed that section 35 of the Act empowered the Minister to regulate some complementary medicines.

Since there was no material factual dispute in the arguments raised, it was held that the main issue was whether the definition of “medicine” should be wide or narrow and therefore, i.e. whether complementary medicines and health supplements, as defined in the impugned Regulations, which did not make therapeutic claims, should fall within the definition of “medicines” for purposes of the Act.

In objectively interpreting the definition of “medicine” in the Act, the Court agreed with the Applicant that the Act does not empower the Minister to regulate all complementary medicines and health supplements. In its findings, the Court held that:

“For complementary medicines to fall within the proper contextual definition of medicine in the Medicines Act, only those that purport to be suitable for use, manufactured or sold for use for a therapeutic purpose, that Is, for the prevention and treatment of a malady, may be regulated. Hence, only those complementary medicines and health supplements that purport to be used or manufactured for use or sale to address the prevention, diagnosis, treatment, mitigation or modification of physical or mental diseases ought to be regulated.

Once the respondents have conceded that ‘those products that do not diagnose, treat, mitigate, modify or prevent disease, are not complementary medicines and will, therefore, not be regulated’, it is the end of the story.”

As a result, it was held that although section 35 of the Act permits the regulation of complementary medicines, any regulation that purports to bring substances that cannot rightly be classified as medicines into the ambit of the Act, should not be permitted.

As a result, the Court held that the Minister had acted ultra vires in promulgating the impugned Regulations and ordered that the impugned Regulations be set aside, only to the extent that they apply to complementary medicines and health supplements, which do not meet the definition of “medicine” in the Act. However, the Court suspended a declaration of invalidity for a period of twelve months, to allow SAHPRA an opportunity to correct the defect.

Both the respondents have since filed an application for leave to appeal. As a result, the order is stayed, pending the outcome of the appeal.

The Court held that, in the promulgation of the General Medicine Regulations under General Notice 859 in Government Gazette 41064, the Minister of Health and SAHPRA acted ultra vires in attempting to regulate complementary medicines and health supplements which did not fall within the definition of a “medicine” as defined in the Medicines and Related Substances Act No. 101 of 1965.

The Alliance of Natural Health Products v The Minister of Health And Another (Case No. 1120318)Download
Download PDF Article
Share Article:
Tagged under: Coronavirus, COVID-19, department of employment and larbour, employers, OHSA, WFM, WHO
TOP