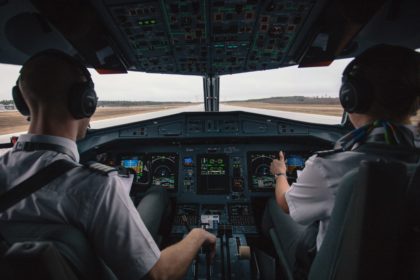 The Airline Pilots Association of South Africa (“the Applicant”) represented 96% of the pilots employed by the First Respondent, South African Airways (“SAA”). In the present case, the Applicant sought an order, on an urgent basis, declaring a lock-out implemented by SAA employees to be unlawful and unprotected in terms of the Labour Relations Act 66 of 1995 (“the LRA”). The application was also brought against the joint business rescue practitioners of the First Respondent. The relationship between the parties was regulated by a collective agreement, as defined in the LRA, which recognised the association as the sole bargaining agent of all pilots employed by SAA – regulating their terms and conditions of employment.

SAA was placed in business rescue on 5 December 2019, where after, a business rescue plan (“the Plan”) was adopted on 14 July 2020. The Plan contemplated, among other things, the retrenchment of the majority of SAA’s employees as well as changes to the terms and conditions of employment of those who remain employed. SAA sought to secure the Applicant’s agreement to the cancellation of the regulatory collective agreement and a commitment by the association to negotiate new terms and conditions of employment for its members. By virtue of the fact that the Applicant did not concede to any of its demands, SAA referred the dispute to the CCMA and subsequently issued a notice of lock-out in terms of section 64 (1)(c) of the LRA.

The Applicant raised four grounds for which it alleged that the lock-out was unprotected/unlawful:

The Court further held that the fact that SAA had been placed under business rescue, and that its operations had been halted, did not mean, for purposes of the LRA, that there was no ‘workplace’ in respect of which any lock-out could lawfully be implemented. The lock-out notices issued by SAA were not invalid by virtue of their application only to certain of its employees, members of the association, nor because they articulated demands that were substantially different to those that were the subject of the referral to CCMA by SAA. The referral to conciliation and the notice of lock-out reflected the same issue in dispute.

The Court dismissed the application on the basis that the association had failed to establish a clear right to the relief sought.