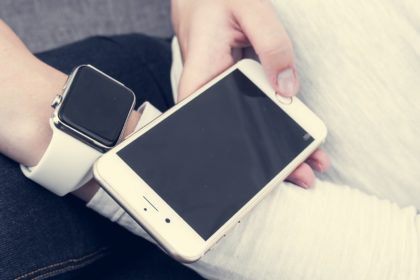 The Respondent, Apple Inc. (“Apple”), applied to register its IWATCH trademark. The Appellant, Swatch AG (“Swatch”), opposed these applications contending that the IWATCH and SWATCH marks were confusingly similar and that the IWATCH mark was likely to deceive or cause confusion. Swatch’s opposition was brought before the Registrar of Trade Marks who transferred the proceedings to the Court a quo. The Court a quo dismissed the opposition with a cost.

The issue before the Supreme Court of Appeal (“SCA”) was whether the two trademarks namely ‘SWATCH’ and ‘IWATCH’ were deceptively or confusingly similar. Swatch stated that there were noticeable similarities. They indicated that both trademarks consisted of only letters and that they employed no logos or other distinguishing matter (although Swatch frequently uses its mark in conjunction with a reproduction of the Swiss national flag). Furthermore, Swatch argued that both trademarks have the common element of WATCH, preceded by a single-letter prefix. Swatch stated that one mark starts with an “S” and the other with an “I” which does little to provide visual differentiation. The marks further sound similar when spoken and neither SWATCH nor IWATCH has any meaning, at least when used in relation to watches.

The SCA made a visual, aural, and conceptual comparison of the marks by discarding any preconceived notions associated with two such well-known brands in the market. It also considered how the marks were perceived by the average consumer, in the relevant market, who is reasonably well-informed and observant.

The SCA looked at the visual comparison of the marks and indicated that both marks make use of a common element, the word ‘WATCH’, which does make for some visual similarity. However, the use of the same descriptive word, of a commonplace item, serves to place greater emphasis on the significance of the prefix in each of the marks. It is the ‘I’ in IWATCH that is the visual differentiator of the mark. The joining of ‘S’ to ‘WATCH’, to make up the word ‘SWATCH’, provides a visual cue based on the word rather than its component parts. These features of the marks give rise to a clear visual differentiation.

Moreover, as to the aural comparison, the SCA held that the ‘I’ joined to ‘WATCH’ makes up a word of two syllables pronounced, without phonetic exactitude, as ‘eyewatch’ or ‘ayewatch’. This sounds very different from the monosyllabic word SWATCH, when spoken.

Furthermore, Swatch is the proprietor in South Africa of the trademark SWATCH. The trademark registration was endorsed as follows: ‘Applicants admit that registration of this trademark shall not debar other persons from the bona fide descriptive use in the ordinary course of trade of the word WATCH.’ Swatch, therefore, enjoys no exclusive right to the use of the word WATCH. Whereas, Apple has sought to secure the registration of ‘IWATCH’, and to use this mark in the ordinary course of its trade. Once the use of the word WATCH in both marks is deprived of conceptual significance, there is little on this dimension of judgment to conclude that there is availing conceptual similarity between the two marks.

Apple contended that the likelihood of confusion was considerably diminished by the fact that, over the past 15 years, Apple has established a family of i-prefix trademarks. The family is made up of the iPod, iPhone, iPad, iTunes, and iCloud devices and services. Apple claimed that these products and services have gained great popularity around the world, including South Africa, and that a consumer who encounters a new product from Apple with the letter ‘i’ will recognise that the product and trademark form part of the Apple i-prefix family.

In the SCA’s view, the SWATCH and IWATCH marks are sufficiently distinctive given the consumers of the products and that it remains unlikely that the marks will give rise to deception or confusion. The SCA held that upon a visual, aural, and conceptual comparison, the marks did not yield similarities of sufficient significance to make the marks confusingly or deceptively similar. For these reasons, the appeal did not succeed.

In this case, our attention is drawn to the importance of a visual, aural and conceptual comparison in trademark law which may yield similarities of sufficient significance to make the marks confusingly or deceptively similar.