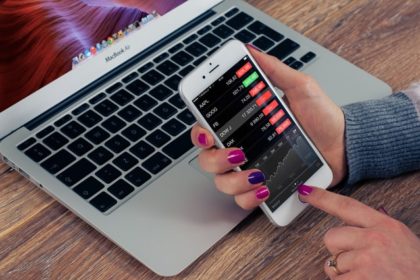 Pieter Hendrik Strydom N.O. and Amelia Strecker N.O. (“the Plaintiffs”), in their capacities as the joint liquidators of DexGroup (Pty) Ltd (in liquidation) (“the Company”) instituted claims against Snowball Wealth (Pty) Ltd and Messrs Chou, Zhang and Rabinowitz (“the Defendants”), which claims were founded on several transactions which occurred more than two years prior to the Company’s final liquidation, in terms of which the Company sold shares to the Defendants at different prices, all of which were below the reasonable market value at the time (“the Transactions”). As a result, the Plaintiffs instituted proceedings in order to set aside the transactions, on the basis that the shares in question were not sold at a reasonable market value, were “illusory” or merely “nominal”. The Plaintiffs argued that the transactions should therefore be set aside in terms of section 26 of the Insolvency Act 24 of 1936 (“the Act”).

The Defendants excepted to the Plaintiffs’ particulars of claim on the basis that the averments as canvassed in the particulars of claim were allegedly not capable of sustaining a claim based on a disposition “not made for value” as contemplated by section 26 of the Act.

Section 23(1) of the Uniform Rules of Court (“the Rules”) deals with exceptions. The Rules stipulate that where, inter alia, any pleading is vague or embarrassing or lacks averments necessary to sustain action or defence, an opposing party may, within the period allowed for filing any subsequent pleading, deliver an exception thereto.

The High Court of South Africa, Western Cape Division, Cape Town (“the Court”) held that the main purpose of an exception taken, on the basis that the particulars lack averments to sustain a cause of action, is to avoid the leading of unnecessary evidence. The Court relied on various case law, in which it was held, inter alia, that exceptions “provide a useful mechanism to weed out cases without legal merit” and that “the test on exception is whether on all possible readings of the facts no cause of action is made out. It is for the defendant to satisfy the court that the conclusion of law for which the plaintiff contends cannot be supported upon every interpretation that can be put upon the facts.”

The Plaintiffs argued that the Court has the power to defer consideration of the exception to the trial court in the event that the question raised by the exception seems to be interwoven with the evidence which will be led at the trial, however, on this score, held that the pleadings must still contain a foundation for such a finding or, at least, the obvious facts.

The Court proceeded to consider the questions of law raised by the interpretation of section 26 of the Act. The Defendants argued that, on a proper construction of the allegations by the Plaintiffs, their reliance on section 26 could not be sustained as it is contradictory in itself.

The Court next considered the meaning of the word “value”, as contained in section 26(1) of the Act. The Plaintiffs argued that “value” refers to “adequate value”, relying on Bloom’s Trustee v Fourie[1], however, was found to have been overturned. The Court discussed the findings in Terblanche NO v Baxtrans CC and Another[2], in which it was held that cases of inadequate value (as opposed to cases where the supposed value is “illusionary” or “nominal” and therefore, in truth no value at all) are more appropriately dealt with via other provisions of the Act, such as sections 29 (voidable preferences), 30 (undue preference to creditors) and 31 (collusive dealings). The Court noted that the approach adopted in the aforementioned case had not been departed from in the past 22 years.

The Court held that the relevant transactions in casu were not for “no value”, “illusory” nor “nominal”. Even if the value paid for the shares was less than the reasonable market value, the Plaintiffs failed to lay any basis as to why the reduced consideration paid would constitute no value at all. The Court held that it would be an absurdity to equate the position that, when paying a discounted price, it can be said you gave no value. It was accordingly held that the Plaintiffs’ particulars of claim did not sustain a claim in terms of section 26(1) of the Act, and the exception was upheld.

Exceptions should be dealt with sensibly as they provide a useful mechanism to weed out cases without legal merit.