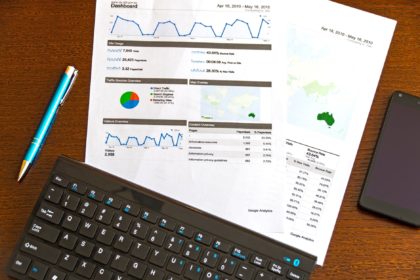 This case was first heard in February 2017, where Rose J delivered judgment, in which a financial institution was found to have breached what is commonly known as the “Quincecare duty“. The Quincecare duty was first referred to in the1992 decision of Steyn J in Barclays Bank plc v Quincecare Ltd, which remains the leading authority in this regard. Such duty is set out in the aforementioned case as a bank’s duty to refrain from executing a payment instruction from a client, when and for so long as such bank has reasonable grounds (not necessarily proof) for believing that such payment instruction constitutes an attempt by its client to misappropriate the funds of a company.

The facts of this case were as follows:

Eight payment instructions were given by a Mr Al-Sanea (“Sanea”) to Daiwa Capital Markets Europe Ltd (“Daiwa”), a stockbroker appointed by Singularis Holdings Limited (“Singularis”) to make payments totalling US$204 000 0000 (Two Hundred and Four Million United States Dollars) (“Payments”) out of Singularis’ client account. Sanea was the sole shareholder and a director of Singularis.

Singularis was on the brink of insolvency when Sanea instructed Daiwa to make the Payments to the accounts of various companies within a group owned and controlled by Sanea (the “Saad Group”). Pursuant to instructing Daiwa to make the Payments, red flags were raised by Daiwa regarding Singularis’ financial health when Sanea’s assets were frozen, followed by an attempt by the Saad Group to restructure certain existing facility arrangements with over 40 banks as well as a downgrade in Saad Group’s credit rating to “junk” status by certain credit rating agencies.

As a result of the abovementioned incidences, the head of Daiwa’s compliance department issued an internal warning regarding the need for care and caution within Daiwa in respect of any activity on Singularis’ account and for Daiwa’s employees to ensure that any payment requests received by Singularis were properly authorised. Despite such warning, Daiwa employees (including a senior compliance officer) authorised the Payments  to be made without making sufficient enquiries regarding the Payments.

The initial judgment was given by Rose J, wherein she held that the Daiwa had breached its duty to its customer, and stated that any reasonable banker would have noticed the many obvious signs that Sanea was perpetrating fraud within Singularis. Daiwa thereafter appealed such decision.

Daiwa raised several issues for the Court of Appeal (the “Appeal Court”) to consider. Daiwa did not comment on whether it had breached its Quincecare duty to Singularis, but rather attempted to question the scope of such duty and whether same would arise in a situation where only the creditors of a company, to whom the Quincecare duty is not directly owed, stand to benefit from it. Daiwa argued that the Quincecare duty should not apply in these circumstances, relying on cases which examined the scope of auditors’ duties to third parties. The Appeal Court firmly rejected Daiwa’s submissions on that point.

Other main points concerned whether Sanea’s fraudulent knowledge and conduct could be attributed to Singularis, and if so, whether Singularis’s claim should be barred by an illegality defence. The Appeal Court found that such attribution did not arise because Singularis had directors other than Sanea who were not involved in the fraud. Furthermore, attribution would not be suitable to the present case as the Payments were properly authorised by someone with the authority to make them. In addition, Singularis’ claim would not have been barred even if Sanea’s knowledge and conduct had been attributed to it, as one of the factors in the Appeal Court’s reasoning was that barring Singularis’ claim on these grounds would undermine the carefully structured Quincecare duty and would not be proportionate to Daiwa’s breaches which were so extensive and to their fraud which was blatantly obvious.

Whilst financial institutions are bound to remain concerned by the initial judgment, both the first-instance and Appeal Court in this case clearly emphasised the unusual nature of the case before them. The Appeal Court did so in no uncertain terms, by stating in the concluding paragraphs of its judgment that it will be a rare situation for a bank to be put on inquiry such as this and that a banker’s duties in respect of properly authorised instructions to make payments are strictly limited. This indicates that any future cases should not apply the Appeal Court’s findings blindly.

Nonetheless, the Court’s judgment concludes with a re-endorsement of Steyn J’s statement in Barclays Bank plc v Quincecare Ltd that the law should guard against the facilitation of fraud, and exact a reasonable standard of care in order to combat fraud and to protect bank customers and innocent third parties. The unusual facts of this case are not instructive in determining what that reasonable standard of care might entail in cases of more “routine” or “typical” fraudulent transactions, and particularly where fraud is perpetrated through a customer’s online banking facility, when the transactions are not scrutinised in real time by a human being. There are good grounds on which claims against banks in respect of those types of transaction might be defended, but the reality is that the law still has some way to go to catch up with modern banking practices and the legal and policy arguments as to why the same high threshold for a bank to be put on inquiry in those cases as in more traditional banking transactions have yet to be heard before the courts.