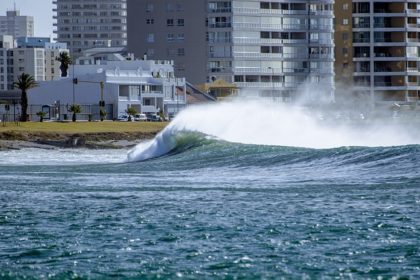 This is an appeal to the High Court against an order (issued on 25 February 2020) evicting Mr Daniel Elyan Shevel (“the Appellant”) from a flat with effect from 31 March 2020.

On 1 February 2013, the Appellant took occupation of the flat in terms of a lease agreement concluded between himself and Alson Development Sea Point (Pty) Ltd (“the First Respondent”). The initial lease rental was R10 850,00 per month, which increased annually in terms of an escalation clause that the parties had agreed on.

On 14 January 2019, the First Respondent informed the Appellant in writing that the monthly rental would be increased to R18 150.00 p for the period 1 February 2019 to 31 January 2020. The Appellant accepted it and continued to occupy the flat.

As a result of the Appellant failing to vacate the premises (as he was obliged to do in terms of the lease agreement), the First Respondent made an application under section 4(2) of Prevention of Illegal Eviction from and Unlawful Occupation of Land Act 19 of 1998 (“the Act”), for an order declaring the occupation of the flat to be unlawful and consequently seeking the eviction of the Appellant from the flat within two weeks of service of the order.

The Appellant had been in unlawful occupation of the flat for less than six months when the application for eviction was launched. The court a quo observed the provisions of section 4(6) of the Act, the Appellant’s personal circumstances, and what caused the Appellant to fall into arrears. As the result, the Magistrate afforded the Appellant a month’s grace to vacate the premises. The Appellant did not do so but noted an appeal to the High Court.

The Court held that the Appellant’s first claim was unfounded because, considering the recordings from the court a quo, Ms Carstens addressed the court fully. The Appellant also did not consult another attorney from Legal Aid as advised by the Magistrate.

With regard to the second claim, when looking at the evidence from the court a quo, the Court was satisfied that the court a quo was correct in finding that there was enough money available to the Appellant every month to find alternative accommodation as he was receiving an amount around R15 000.00 from his friends monthly.

On the last claim, it was a common cause that the Appellant defaulted on his rent and that the lease had been lawfully terminated as a consequence thereof and that the First Respondent was entitled to approach the court under section 4(2) of the Act.

The Court also noted that the country was in the restricted level 3 of lockdown and that the eviction of persons from their places of residence was subject to ministerial regulations. The restrictions imposed by the ministerial regulations on a lessor, in relation to steps that may be taken under the Act, have persisted throughout the series of lockdowns imposed with effect from March 2020, albeit in varying iterations.

Moreover, the order was granted before the state of disaster was announced in March 2020, at which stage the Appellant had already been in unlawful occupation of the flat for more than a year and was indebted to the First Respondent in an amount of not less than R435 600 (24 x R18 150), with little prospect of recovering the amount, if at all.

The Appellant also did not take any steps to secure cheaper alternate accommodation, which is a step that any reasonable person in his situation would have been expected to take.

This case highlights that the Act can protect lessors against unfair and unjust lessees. Moreover, the lockdown regulations permit evictions in certain circumstances and every case must be dealt with within its own merit.