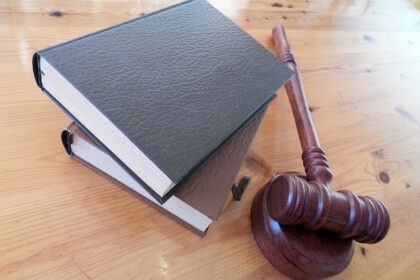 Rule 23(1) of the Uniform Rules of Court (“the Rules”) deals with exceptions. An exception is a legal objection to an opponent’s pleading. It complains of a defect inherent in the pleading – admitting for the moment that all the allegations in a summons or plea are true, it asserts that even with such admission the pleading does not disclose either a cause of action or a defence, as the case may be.

In the recent case of SB v Storage Technology Services (Pty) Ltd (15550/2020) [2021] ZAWCHC 210 (21 October 2021) (“the SB Case”), the Court had to consider the effect of certain amendments introduced in Rule 23 of the Rules in November 2019, and in particular Rule 23(1). In this case, SB (“the applicant”) sought the setting aside of a re-delivered exception raised by Storage Technology Services (Pty) Ltd (“the respondent”) as an irregular step in terms of Rule 30, together with other relief.

In the SB case, the main action is based on a claim for damages against the respondent and Mr Witlouw (“Witlouw”). The claim arises from an alleged sexual assault perpetrated by Witlouw, an employee of the respondent when the applicant attended a job interview with the respondent in 2018.

In February 2021, the respondent delivered a notice of intention to defend the main action and simultaneously delivered a ‘Notice to Remove Causes of Complaint and Notice of Exception’ to the applicant’s particulars of claim (“the February Exception”). The February Exception was based on 10 complaints, 8 of which were that the applicant’s particulars of claim were vague and embarrassing, and the remaining 2 of which entailed that they failed to disclose a cause of action. Having been afforded the stipulated time to remove the “vague and embarrassing” complaints, the applicant elected to amend only 3 of the vague and embarrassing complaints, and served a notice of intention to amend in accordance with Rule 28. The respondent did not object to the proposed amendments and, accordingly, the applicant delivered her amended particulars of claim.

The respondent then delivered a notice of exception to the amended particulars of claim (“the April Exception”). The April Exception, however, raised, in identical terms, seven of the complaints in the February Exception despite the respondent having been aware, on its version, that the amendments which the applicant intended to make to her particulars of claim would nonetheless fail to address a number of the causes of complaint. The respondent further failed to set down the exception for hearing within 15 days, as provided in Rule 23(1). After expiry of the said 15-day period, the applicant informed the respondent that its plea had been overdue and that she would be delivering a notice of bar, should the respondent fail to serve its plea.

The respondent’s attorney took the view that its failure to enrol the April Exception within the 15-day period referred to in rule 23(1) did not render it “pro non scripto”, but that ‘as a matter of extreme caution, we shall serve our client’s exception again and cause same to be set down for argument as soon as practically possible. The respondent then proceeded to re-deliver the April exception on 20 May 2021 (“the May Exception”), whereafter the applicant delivered a notice of bar.

The Court had to determine whether the May Exception that was re-delivered constituted an irregular step. The previous articulation of Rule 23(1) provided that, following delivery of an exception, the excipient “…may set it down for hearing in terms of paragraph (f) of subrule (5) of rule (6)…”. Rule 6(5)(f) in turn gave the excipient the opportunity, within 5 days of delivery of the exception, to set same down for hearing.

Rule 23(1) in its current form provides that following delivery of an exception, the excipient “may apply to the registrar to set it down for hearing within 15 days after the delivery of such exception..”. The reference to rule 6(5)(f) has thus been removed from rule 23(1), in particular that portion which entitles the other party to enrol the exception if the excipient fails to do so timeously.

The applicant contended that the effect of the amendment to Rule 23(1) is that, if the excipient concerned fails to apply to the registrar within that 15-day period, the exception lapses and the moratorium contained in Rule 23(4) (which states that, wherever any exception is taken to any pleading, no plea, replication or other pleadings over shall be necessary) falls away.

The respondent contended that its failure to set down the exception within that 15-day period merely gave the applicant “the privilege of choosing the date for hearing” by setting down the exception, and nothing more.

The Court held that the May Exception was undoubtedly an irregular step, which must be set aside, but for the reason that it was not delivered within the period allowed for filing any subsequent pleading, in accordance with Rule 23(1). In respect of whether the April Exception was still extant, it held that if an exception is considered to be a pleading for the purposes of Rule 23, it follows that it cannot simply lapse if no further steps are taken by the excipient once it is delivered. Something more is required. This is supported by the use of the word ‘may’ and not ‘must’ in Rule 23(1) (“…may apply to the registrar to set it down for hearing within 15 days after the delivery of such exception”). It further held that if it was intended that an exception would automatically lapse if the excipient failed to enrol it within the prescribed 15-day period, the drafter of the Rules would no doubt have made this a peremptory, and not a permissive, requirement, and would also have spelt out the consequence of a failure to do so, i.e. that the exception would lapse. Following from this, the Court also found that the applicant’s notice of bar was set aside.

The failure by the respondent to enrol the exception within the prescribed 15-day period left the applicant with two options:

i. to apply to the registrar to have it enrolled for hearing. The Court noted that the deletion of the reference to Rule 6(5)(f) in the currently worded Rule 23(1) did not prevent a party in the position of the applicant from doing so, given that she remains dominus litis in the main action itself; or

ii. to put the excipient to terms to enrol the exception, under threat of an application for an order striking it out as a whole, if the excipient nonetheless persists in its failure to do so.

In this case, the Court explained the effect of certain amendments introduced in Rule 23 of the Rules in November 2019, and in particular Rule 23(1).