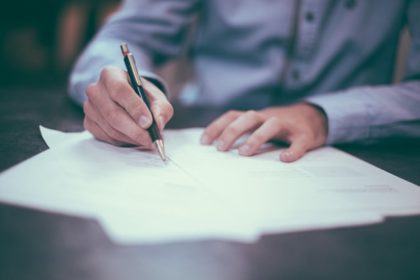 In this matter, the Applicants (“Rappa”) approached the court on an urgent basis for an interim order that the Respondent (“SARS”) make payment of VAT refunds which SARS had withheld from it, pending a review of SARS’s decision to withhold payment. In the alternative, Rappa sought a refund of 50% of the total withheld refunds.

Rappa purchased and sold gold-bearing bars from the by-products of gold mining. Rappa paid VAT on its purchases, but the exports were zero-rated for VAT. As such, Rappa claimed the VAT refunds for the VAT paid to its suppliers. Rappa’s business model was heavily dependent on the VAT refunds for liquidity.

SARS notified Rappa that it was being audited and accordingly, stopped the payment of Rappa’s VAT refunds pending finalization of the audit. The basis for SARS audit was because it believed that Rappa was directly or indirectly involved in unlawful activities for the disposing of either illegally mined gold or smelted down Kruger Rands, which are zero-rated for VAT. The total amount of refunds withheld from February to June 2020 was approximately R1,6 billion.

(a) an amount properly refundable under a tax Act and if so, reflected in an assessment; or

(2) SARS need not authorise a refund as referred to in subsection (1) until such time that a verification, inspection or audit of the refund in accordance with Chapter 5 has been finalised.

(3) SARS must authorise the payment of a refund before the finalisation of the verification, inspection or audit if security in a form acceptable to a senior SARS official is provided by the taxpayer.

Section 190 of the Act requires SARS to pay a refund if a person is entitled to it, but does not need to pay a refund if that person is under audit. This is until such a time that the audit has been accordingly finalized. SARS would ordinarily pay the refund back to the person or entity under audit, if that person or entity is able to provide acceptable security, however, Rappa in this matter was unable to put forth sufficient security for the full amount.

Rappa contended that they were entitled to the refunds, as they had submitted VAT returns which showed that the refunds were due. SARS, on the other hand, contended that no decision had been made to withhold the refunds, and therefore no decision may be reviewed. It made the submission that the withholding of refunds when an audit is instituted is automatic, and not a decision. The decision is only made after the audit and this was found by the Court to be patently inconsistent with both the Act and with SAR’s practice.

Prejudice suffered in withholding the refunds (and future refunds while the audit is proceeding) is substantial, but the prejudice to the fiscus if the audit or inquiry discloses that Rappa is in fact colluding with others in the supply chain is also substantial. The Act seems to seek to balance the interests of the taxpayer and the fiscus by allowing SARS to retain the refunds pending the outcome of the audit.

SARS contended that the decision was not reviewable on the basis of the judgment in Carte Blanche Marketing CC and Others v Commissioner for the South African Revenue Service (2020) 4 All SA 434 (GJ). In the judgment therein, it was held that a decision to select a taxpayer for audit was not reviewable primarily because it has no external legal effect, as the audit itself could not be prejudicial.

Rappa contended that section 190(2) of the Act stated that SARS “need not authorise a refund” until an audit is complete, rather than “must” or “may” not and that this meant that the taxpayer was still entitled to the refund which SARS must pay in terms of section 190(1).

The court disagreed with Rappa’s interpretation. The statute must be interpreted purposively, in context, and in a manner consistent with the constitution, so the interpretation of the scheme of the Act leads to the necessary conclusion that section 190(2) does not interfere with the taxpayer’s entitlement set out in section 190(1).

SARS contended that it could not make part payment of a refund. Rappa had to offer security for the whole amount of the refund and the whole refund would be paid, or none at all. This, however, was an incorrect position to take and not supported by the plain language of the statute.

In this matter, SARS had the necessary information since at least 11 August 2020, and that any further information requested from Rappa may only supplement a process already well underway. Thus, SARS should be allowed until 11 December 2020 at the latest to finalise its audit and make payment of the refunds.

In conclusion, Rappa had been substantially successful in the sense that SARS had not been able to sustain its argument that the audit process including the withholding of refunds should take place in a manner and at a pace that is entirely at SARSs discretion with no consideration of fairness.

The importance of this decision is that a taxpayer who is subjected to a protracted audit may approach the court, in principle, for an order directing SARS to conclude its audit by a certain date. The court reiterated that “SARS cannot be allowed an indefinite time to complete an audit”. The court will, of course, consider various factors before granting such an order.