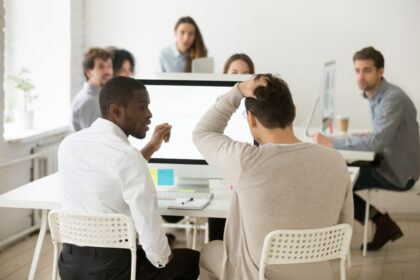 The Applicant claims that he then went to the Respondent’s office and was told that there was no work for him and informed that ‘you don’t have to show up for work’ in a letter dated 22 July 2015. The Applicant argued that his salary would have increased had he been allowed to resume his daily duties.

The Applicant’s statement of case did not disclose any cause of action that was justiciable by the Labour Court. The letter addressed to the Applicant on 22 July 2015 seemed to have amounted to a notice of dismissal. The arbitration award had the effect of restoring the employment relationship between the parties, with retrospective effect. The notice of dismissal, however, terminated such a relationship, and with it, any obligation on the Respondent to pay the Applicant beyond that date.

Whilst it remained open to the Applicant to challenge the termination as an unfair dismissal / as a breach of his employment contract, the Applicant elected not to do so. The Labour Court held that the Applicant had failed to show on what legal basis he sought to hold the Respondent liable for remuneration that he would have earned over the five-year period following his termination from his job. For this reason, the Labour Court refused to grant default judgement.

An employee was dismissed based on misconduct. The employer presented a letter as a notice of dismissal. The fairness of the dismissal was the issue of the case.