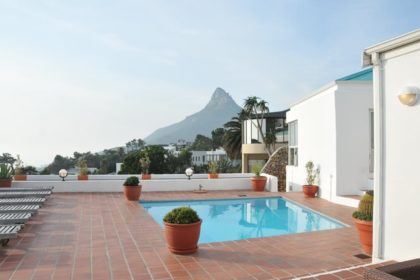 Ms Petropulos (the appellant) and Mr Dias (the respondent) owned adjoining properties in Camps Bay, Cape Town. The properties were located on a steeply sloped mountainside. In March 2008, Ms Petropulos commenced excavations on her property, near the boundary of Mr Dias’ property, in order to undertake renovations. The excavation by the appellant was in preparation for building a house, whilst Mr Venter’s was for building an additional garage, which had minimal to no effect on the land. The excavation on the appellant’s property was substantial as they were building three levels and a lift shaft. To provide lateral support, the levels were secured by a retaining wall.

The court a quo held that the duty of lateral support extends to buildings constructed on the land, provided that such land has not been ‘unreasonably loaded so as to place a disproportionate or unreasonable burden’. The court found that both the first appellant and Mr Venter owed the respondent a duty to provide lateral support to his property and both had breached this duty with regards to the excavations which were performed in their respective properties. The appellant appealed this finding to the SCA.

Issues decided by the SCA:

The court however rejected the court a quo’s contention that the duty of lateral support extends to buildings except where such land has been unreasonably loaded as to place an unreasonable burden on the neighbouring land. The court stated that this poses an unreasonable obligation on landowners who have complied with building and town planning regulations who would now have the duty of proving that the construction is not unreasonable or disproportionate.

The SCA held that the right to lateral support is a natural right incidental to the ownership of property. The court, therefore, dismissed the appeal with costs.

This case demonstrates that the right to property in respect to ownership is not absolute. It has also provided much-needed clarity on the duty of adjoining landowners to provide lateral support. Lateral support refers to the principle in property law that a person has the right to have his land supported by his neighbour’s land and that adjoining landowners cannot alter the boundaries of their properties so as to weaken a neighbour’s property.

Confusion existed as to whether or not this duty extended only to situations of land in its natural state (unimproved land) as is the case in English law, or applied to both the land and all buildings and structures erected on it, as applied in Roman and Roman-Dutch law.

Factual causation will exist where the harmful conduct (removal of lateral support) was a substantial factor in the harm caused. This does not require certainty but evidence that it was the probable cause.

Legal causation is also necessary and in this regard factors such as reasonableness, fairness and justice, the absence or presence of any intervening circumstances, and legal policy will be considered. One cannot impute liability to a wrongdoer where the harmful conduct is too remotely connected to the harm caused.

This is to conclude that the owner of a property has a natural right of lateral support from neighbouring properties, which right is not limited to land in its natural state but also extends to the buildings and other structures on the land. Lastly, where harm is established as a result of the removal of lateral support liability is strict and does not require proof of fault or negligence.