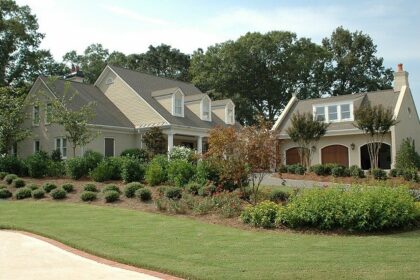 Notarial bonds are a special form of security which may be utilised in addition to the traditional forms of security, such as mortgage bonds, pledges, suretyships or cessions to provide a creditor with a diverse set of security.

A notarial bond is a bond that has been attested by a notary public hypothecating movable property (either specifically or generally, or in some instances both specially and generally) which is registered in the Deeds Registry. In terms of a notarial bond, the mortgagor (i.e. debtor) undertakes and consents that the fulfilment of a legal obligation to the mortgagee (i.e. creditor) is secured and that the obligation may be discharged by the proceeds of the movable property hypothecated in the notarial bond.

There are several classes of notarial bonds that can be registered, namely:

Section 1(1) of the Act provides that the moveable property which is specifically hypothecated in a SNB must be described in a manner which renders the movable property ‘readily recognisable’ by a third party on the basis of the description in the bond alone, without requiring the use of extrinsic evidence. It is therefore critical to describe the respective moveable property clearly.

Importantly, other creditors of the debtor cannot attach the movable property which has been secured under a SNB by the principal creditor. The holder of an SNB will have a preference on the proceeds generated from the asset sold. Further, should a debtor wish to register subsequent notarial bonds over the specific property already secured under a SNB, the debtor will require the consent of the bondholder which provides increased protection to the bondholder whose bond was registered first in time.

Should the debtor fail to fulfil its obligations or fail to repay its debt to the creditor, the creditor will be required to ‘perfect’ its GNB in order to enforce its security. A typical GNB contains a perfection clause which entitles the creditor to take possession of the movable property over which the GNB has been registered. A perfection clause allows a creditor to take possession of the movable property to acquire a real right to the bonded property which would then constitute a right of pledge.

In order to perfect a GNB, the following needs to occur:

Only once the creditor has gained possession of the movable property will the GNB be considered to be perfected.

It is also important to note that a notarial bond may hypothecate specific movable property (i.e. SNB) as well as all of the movable property of the debtor (i.e. GNB) in one single document. This is known as a special and general notarial bond and provides better security for the creditor without incurring the costs of registering a SNB and GNB separately.

While the process of termination may seem straightforward in respect of some of the aforementioned methods, it is necessary to note the effect of selling and destroying the movables which are hypothecated under the notarial bond. When there is realisation of the asset through execution, the asset sold will be transferred free of the encumbrance. In circumstances where an encumbered asset is destroyed, the SNB is extinguished.

In conclusion, it is clear that a notarial bond is an effective, recognised and practical manner of securing a debt or obligation in circumstances where debtors only have movable property to put up as security. Depending on the creditor and their security requirements, consideration needs to be given to the debtor and the debtor’s assets in order to ensure that the creditor has sufficient security. A notarial bond, whether it is a GNB or SNB can widen the scope of security for both creditors as well debtors, which in turn allows for more transactions to be concluded in a financially secure way.

This article gives a brief oversight of the commercial utility of notarial bonds. A notarial bond is an effective, recognised and practical manner of securing a debt or obligation especially in circumstances where debtors only have movable property registered in their names.

[Please note this article is meant for information purposes only and does not constitute legal advice. In the event that you are considering registering a notarial bond as a means for security, you should consult an attorney to consider all relevant legal aspects.]