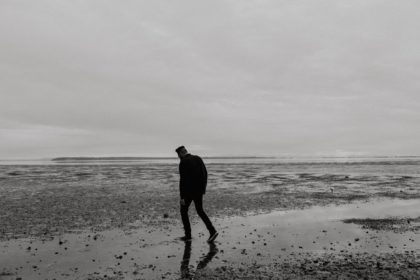 It is common that people accused of violent crimes commonly rely on the defence of non-pathological or sane automatism to escape liability for violent crimes.

Consider the following scenario. Xavier is a very aggressive husband who enjoys drinking alcohol every evening. Zanette on the other hand is a quiet wife with sober habits. One evening Zanette had enough of the drinking and abuse she suffers from Xavier when he is drunk. She decides to pack her suitcase and leave the common property. A heated argument breaks out and in a fit of rage, Xavier hits Zanette with a cricket bat over the head and she dies shortly thereafter. Xavier is accused of murder and his attorney advises the court that his client is relying on the defence of non-pathological criminal incapacity in order to prove that Xavier had no criminal capacity at the time of the incident.

If Xavier succeeds in his defence, he will literally “get away with murder”. So what is this defence?

What is ‘capacity’ in this context?

The elements of ‘Criminal Capacity’

The test for criminal capacity rests on two legs. Firstly section 78(1)(a) of Act4 enquires as to whether the accused has the mental or cognitive ability to understand and appreciate the wrongfulness of his act. Secondly, section 78(1)(b) enquires whether the accused had the mental or conative ability to act in accordance with the understanding of the wrongfulness of the Act5 If the answer to any one of these two questions should be ‘no’ it cannot be said that the accused possessed criminal capacity.

What is non-pathological criminal incapacity?

Criminal capacity has to do with one’s ability to act in a  certain manner. Incapacity is like impotence in that “you have the facility but not the ability” and this will lead to the condition of ‘non-pathological Incapacity’ for a  very brief moment. Stress, intoxication and provocation are the three triggers for nonpathological incapacity.6

In instances where it can be proven that an accused’s criminal capacity was affected by provocation by the victim or that the accused has been under severe emotional stress, being repressed or not, an accused can plead diminished criminal capacity. These instances will give rise to an accused being considered criminally incapacitated at the time of the commission of the act. It must be noted that the aforesaid act must have been committed ‘in the heat of the moment according to Kinuthia.7

What is sane automatism?

It was stated that sane automatism is behaviour that is done while consciousness is impaired, behaviour done without being fully aware thereof, behaviour which one has no recollection of and behaviour that is not willed, planned or not done purposefully. Automatism is a state in which one finds oneself, where one’s conduct is merely mechanical or a reflex action. In this respect the law assumes that there is no act because what was done, was done involuntarily, namely a person behaves in a mechanical fashion9. Mere amnesia after the act is not to be equated to automatism. The question is not whether the accused can remember the events but rather whether the accused acted voluntarily at the critical moment.

Examples of sane automatism will then include sleepwalking, epileptic fits and concussions. An accused should have no control over himself nor the act that he is committing.11

History of the Defence

Prior to  1987, our law did not recognise non-pathological criminal incapacity as criminal defence at all. Until 1981, South African law only recognised non-pathological criminal incapacity in cases where youth and mental disorders were present. In 1981, in the case of S v Chretien12, intoxication was also added to these aforementioned non-pathological conditions to be regarded as incapacitating. The court found that where in exceptional cases, as a result of the excessive intake of alcohol, a person can completely lack criminal capacity and as a result cannot be criminally liable at all. The court in this case held that voluntary intoxication may constitute an absolute defence leading to a total acquittal. In closing the Chief Justice made it clear that our courts should not lightly infer that as a result of intoxication, an accused acted involuntary, lacked criminal capacity nor that the required intention for criminal capacity was not present otherwise the administration of justice might be discredited.13

This was also confirmed by the courts in the cases of both Campher14 and Wiid15 where both courts held that: ‘extreme provocation could also exclude criminal capacity that will lead to a total acquittal’. This led to a  new term, known as “Non-pathological criminal incapacity”. This means that it is a form of incapacity, which is not a result of a mental illness or mental disturbance16. Almost a decade later the legislature had to intervene to limit the destructive consequences of this decision.

S v Eadie – Is non-pathological criminal incapacity the same as the defence of sane automatism?

The court, in this case19, stated at para 57 that there is no distinction between non-pathological criminal incapacity due to provocation, stress or emotional stress on the one hand and the defence of sane automatism on the other hand. The test for criminal capacity was also discussed in this case20 and it was held that there is no difference between the second leg of the test [the ability to act in accordance with the appreciation of wrongfulness] and the requirement which applies to conduct [movements must be voluntary]. Such a plea of involuntary conduct is nothing but a plea of sane automatism21. It is extremely important to note the difference between criminal capacity and automatism, as the two concepts are completely different and deal with separate elements of criminal liability. Even if a person lacks the conative ability (the capacity for self-control and the ability to exercise free will.) one will have voluntary control of one’s muscular movements, it is only one’s mental insight that is impaired22.

A state of automatism excludes one’s voluntariness where one loses control of their muscular movements. Their actions will not be regarded as conscious control of their muscular movements, because the action is not under the conscious control of that person due to external non-pathological factors not attributed to mental illness or mental defect. For a person to have acted in an automatic state due to non-pathological stimuli, one must be subjected to a grand amount of stress that emanates from internal tension to a point of climax which will have its roots in enduring and being subjected to prolonged humiliation and stress from all areas over a period of time, automatism will then be triggered by an unusual event or unplanned occurrence.

1. After this judgment there is no distinction between Non-pathological criminal incapacity (on account of provocation) and sane automatism.

2. There is no distinction between the second leg of incapacity (conative component / the control we have over how we act or behave) and involuntariness with sane automatism.

4. If an accused raises the defence of provocation, according to the judgment it should be treated as sane automatism which will not easily succeed and not as one of non-pathological incapacity.

The Eadie judgment signals a warning that in the future the defence of non-pathological incapacity will be scrutinised most carefully. Persons who may in the past have been fortunate enough to be acquitted, in the circumstances where they killed someone who had insulted them, will now find the courts ready to evaluate, against objective standards of acceptable behaviour, the evidence adduced by them to support their standard of provocation/emotional stress. And this will not easily be achieved.

The defence of non-pathological criminal incapacity still remain in the South African law system but whether it is a watertight defence, is still open for discussion. As the court stated in S v Eadie: ‘Courts should bear in mind that the phenomenon of sane people temporarily losing cognitive control,  due to a  combination of emotional stress and provocation, resulting in automatic behaviour, is rare23 In future, the courts must be careful to rely on sound evidence and to apply the principals set out in the decision of this Court. The message that must reach society is that consciously giving in to one’s anger or to other emotions and endangering the lives of other members of society will not be tolerated and will be met with the full force of law24.