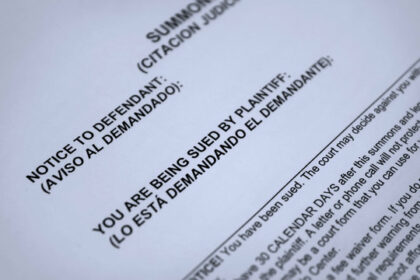 This case concerns the procedural issues pertaining to Uniform Rule 41A, which relates to referring disputes to mediation.

Uniform Rule 41A(2)(b) states that “a defendant or respondent shall, when delivering a notice of intention to defend or a notice of intention to oppose, or at any time thereafter, but not later than the delivery of a plea or answering affidavit, serve on each plaintiff or applicant or the plaintiff’s or applicant’s attorneys, a notice indicating whether such a defendant or respondent agrees to or opposes referral of the dispute to mediation.”

When Rule 41A is not complied with, a party to proceedings has taken an irregular step. In this case, the Applicants approached the court on an urgent basis for determination of an application for interim relief. The matter was opposed by the Respondents and enrolled to be heard on 29 December 2020.

The court held that prayer 1 of the Applicants’ Notice of Motion did not seek condonation for the non-compliance with Rule 41A due to the fact that the condonation captured in prayer one was in respect of urgency, specifically time frames and the matters associated with service, and that the reading of this paragraph could not imply reference to Rule 41A.

However, the court also stated that the form or notice referred to in Rule 41A would only be necessary if an election to mediation had actually been made. In the event that no election to mediation was made, it would not be necessary to seek condonation for non-compliance with Rule 41A. The court also acknowledged that Rule 41A only became effective in March 2020 and that the court had not been made aware of whether there exists effective and adaptable instruments or personnel to implement the rule.

Notwithstanding the fact that the Applicants failed to comply with Rule 41A, the court pointed out that the Respondents themselves had failed to comply with Rule 41A(2)(b) which compels respondents (or defendants, as the case may be) to file their own notice confirming whether they agree to or oppose referral to mediation. Nowhere in Rule 41A(2)(b) does it suggest that compliance of behalf of a respondent or defendant is based on compliance of the Applicant or Plaintiff. Indeed, the wording of Rule 41A(2)(b) is peremptory.

The court held that the Respondents also failed to state in their answering affidavit that they wished to explore (or not explore) mediation as an alternative dispute resolution process and therefore, were equally non-compliant.

Finally, the court held that the importance of the merits of the case called for immediate resolution rather than removing the matter from the roll. The court interestingly stated that although the court rules ought to be complied with, the rules for the benefit of the court and not the other way round. Therefore, the court dismissed the point in limine raised by the Respondents and the matter proceeded on the remaining issues.

This case highlights the issues relating to non-compliance with the Uniform Rules of Court, specifically Rule 41A, when and how condonation for non-compliance should be sought, and the circumstances in which a respondent or defendant can take issue with non-compliance.