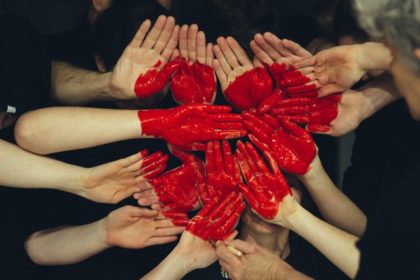 During or about 2014, Namasthethu Electrical (Pty) Ltd (“the Appellant”) was awarded a contract worth approximately R3,000,000.00 by the City of Cape Town (“the First Respondent”) (herein collectively referred to as “the parties”). The contract was entered into for the supply and installation of energy efficient luminaries at the Cape Town Civic Centre and was awarded to the Appellant following a tender process. A written agreement (“the Agreement”) was subsequently concluded between the parties setting out the terms of the contract and including a very general dispute resolution clause, referring disputes which arise from the terms of the Agreement to adjudication.

During or about September 2014, an unsuccessful bidder, namely Citrine Construction (Pty) Ltd, sought to appeal the award of the tender to the Appellant on the basis that the Appellant and its directors had been convicted of fraud and corruption in the year prior to the tender consultation process and were sentenced to a fine, coupled with a suspended jail sentence of five years.

The Appellant had expressly stated during the tender process that neither it, nor any of its directors, had been convicted of fraud in the last five years and thus the criminal allegations made against it were denied.

Following thorough investigations, it was confirmed that the Appellant and its directors had, in fact, been convicted of fraud and corruption a few months prior to its tender submission. As a result, the Appellant had made fraudulent misrepresentations during the tender process and during the negotiation and conclusion of the Agreement.

In addition, the Appellant had provided an incorrect business address in its written submission in order to create an impression that it had a local office. This was with the intent of being awarded extra points during the tender adjudication process.

As a result of the Appellant’s conduct, the First Respondent cancelled the Agreement with immediate effect.

The Appellant disputed the cancellation via correspondence sent to the First Respondent, however, in said correspondence, the Appellant failed to address the fraud allegations against it. It insisted that the dispute be referred to adjudication in accordance with the dispute resolution procedure set out in the Agreement. The First Respondent, however, contended that this was inappropriate and the Agreement was validly cancelled.

Nonetheless, the Appellant referred the dispute to adjudication. James Robert Garner
(“the Second Respondent”) was appointed as the Adjudicator in the matter who granted the First Respondent damages, without any oral or written evidence being heard or considered.

The First Respondent successfully approached the High Court, who subsequently set the Agreement, as well as the determination made by the Second Respondent, aside. It was held that the dispute resolution clause did not survive the termination of the Agreement on the grounds of fraud. Accordingly, the Appellant appealed the decision of the High Court to the Supreme Court of Appeal (“the SCA”).

Herein, the Appellant contended that, on a proper construction of the Agreement, the parties contemplated that disputes regarding the cancellation of the Agreement, including those involving allegations of fraud during the tender process, were subject to the dispute resolution procedure agreed to by the parties. It was also argued that there was no basis in law for the judicial review of the Second Respondent’s decision and that the First Respondent had waived its entitlement to terminate the contract because of the substantial amount of time taken by it in investigating the fraud allegations.

The SCA confirmed that all the requirements for fraudulent misrepresentation had been met and that fraud “vitiates every transaction known to the law” [emphasis added]. The SCA, therefore, held that the Agreement was voidable and that the First Respondent had the power to either (i) elect to abide by the Agreement and potentially claim damages from the Appellant or (ii) to cancel the Agreement and regard it as void ab initio (void from the start).

Regarding the question of whether the parties would be obliged to surrender to the dispute resolution process in terms of the contract, the SCA applied the reasoning in North West Provincial Government and Another v Tswaing Consulting CC and Others1 (“the Court”), wherein, it was held that once an agreement has been rescinded, the dispute resolution clause does not stand, as to enforce such a clause, which is a tainted product of fraud, would be “offensive to justice.” Accordingly, the Court held that disputes regarding the validity of a contract that was induced by fraudulent misrepresentation and non-disclosures are generally not intended to be arbitrable.

An exclusion to this principle was, however, noted by the SCA in instances where contracting parties specifically make provision for this precise type of dispute in the dispute resolution clause in their agreements. In this particular instance, the SCA found that the Agreement did not provide for a dispute of this nature to be referred to arbitration proceedings.

The Appellant’s appeal was accordingly dismissed and a punitive cost order was made against it in recognition of the destructive effect that fraud and corruption have on South African society.

This case demonstrates that intentional misrepresentations made during the negotiation and conclusion of a contract can result in the termination of that contract, despite the existence of a dispute resolution clause.

This case further demonstrates the harsh consequences of misrepresentations that are made by a party during the tender process.