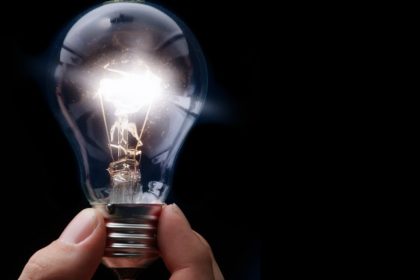 The City of Johannesburg Metropolitan Municipality (“COJ”) often threatens people if they haven’t paid all amounts that the invoices reflect are owed. Sadly, we know that in many cases, the invoices are incorrect and a portion or even the whole of the amounts demanded, are not lawfully due and payable to the municipality. In particular, we receive thousands of queries pertaining to what the legal obligation of the consumer is, in relation to amounts demanded for rates and taxes, where the consumer has lodged an objection, appeal or review disputing that the municipal valuation or categorisation (which gives rise to the rates charges) are correct, and that process has not yet been finalized.

Section 50(6) of the Local Government: Municipal Property Rates Act 6 of 2004 (“Rates Act”) provides that the lodging of an objection does not defer liability of payment of rates beyond the date determined for payment. Taken at face value this means that a person is required to pay the rates raised until the objection is resolved.  Municipalities often bully people into paying based on this particular provision.  However, this is not the only law that applies in this particular situation.  There are other laws and policies in place that also, together with the Rates Act, regulate how a municipality should act when seeking to collect disputed amounts in these situations.

Section 102 of the Local Government: Municipal Systems Act 32 of 2000 (“the Systems Act”) provides that no credit action can be taken where there is a dispute in relation to a particular amount claimed by the municipality.  Section 102 provides as follows:

(a) Consolidate any separate account of person liable for payments to the municipality;

(b) Credit a payment by such a person against any account of that person; and

In the unreported case of Eli & LA Sheepskin Products (Pty) Ltd v Lesedi Local Municipality[1]the court recognised that section 102 prohibits the municipality from disconnecting supply or taking other credit control measures where a dispute in relation to a specific amount has been declared. This issue was recently adjudicated by the Gauteng Local Division of the High Court in the reported case of Dunrose Investments 224 (Pty) Ltd v City of Johannesburg Metropolitan Municipality[2]. Before the facts and outcome of the case are discussed, it is necessary to understand what counts as a dispute with a municipality.

What counts as a dispute with a Municipality?

This is a complicated question. The Systems Act which governs the relationship between municipalities and consumers does not define “dispute”. Section 102(2) of the Systems Act however indicates that such a “dispute” must be “concerning any specific amount claimed”. This means that the customer needs to point to the amount claimed in a specific invoice for the query to be “valid” for the purposes of section 102 on the Systems Act. Unfortunately, however, our courts do not all feel the same about what it means to dispute a “specific amount” and we have seen cases where courts have not accepted the lodgement of a dispute pertaining to a service charge, on the basis that a rand and cents amount was not specified.  Consumers are accordingly advised to rather raise their disputes in rands and cents terms, wherever possible, to avoid a court declining to come to their assistance in the basis that their dispute was not “specific” enough.

Pure refusal or failure to pay amount owed to the municipality does not count as a dispute. In this context it makes sense because it would be unjust if a customer were able to avoid payment of a “disputed” amount or credit control action against him in relation to a “disputed” amount purely because the customer raised a query or dispute that is not connected to the amount owing.

The Applicant argued that it has been overcharged for the water and rates since 2013 due to an over valuation of the property for the period 2013-2019. The Applicant also contended that the rates charges and water charges were inordinately high and that it has been charged approximately R100 000 more per month in rates than it should be paying. In respect of water charges the Applicant claims that the amounts charged are inordinately high and disputed the water charge and appointed an independent company to conduct meter readings, namely Motla Utilities (Pty) Ltd. At this point the investigation conducted by Motla Utilities had not been completed and the Applicant has not established that the municipal readings were incorrect or erroneous for the relevant periods charged.

The Court considered section 50(6) of the Rates Act which provides that the lodging of an objection does not defer liability for payment of rates beyond the date determined for payment. The Court found in this case and based on the facts of this case, that the Applicant’s counsel had failed to show that the charges raised by the Respondent were incorrect. The Court held that (on the basis of the fact that the Applicant had failed to show that the charges were incorrect) there was no reason why the Applicant should not pay the amount owed to the COJ, until the objection is resolved.

The Court’s decision in this case was based on the premise that the Applicants had not shown that the amounts charged were incorrect.  Had this occurred, the Court may very well have decided differently. This case is being lauded by municipalities as meaning that they can demand payment of incorrect and inflated rates charges with impugnity, whilst an objection, appeal and/or review is pending.  This is not what this case sets a precedent for.  People who dispute the amounts claimed by the Municipality should not be discouraged by this court’s finding.

This case does not set precedent, had the Applicants shown that the amounts were incorrect the court would have decided differently.