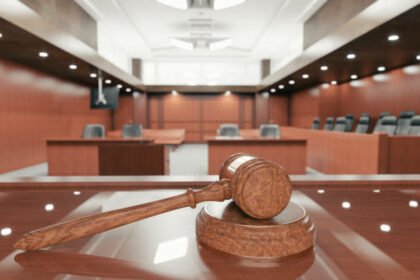 This case portrays a clear indication of how the Courts will not entertain frivolous and vexatious litigation. The integrity of the Judicial system and its officers will be safeguarded to the extent that justice and reasonableness is required.

In March 2020, the High Court of South Africa, Mpumalanga Division, Mbombela, had granted an Anton Piller order and a temporary interdict in favour of the first and second respondents who had brought an application alleging corruption, theft and fraud in the MCPA and that the Executive Committee of the MCPA failed to register and restore certain farms to the Mawewe Tribe. The purpose of the application was to remove control from the ‘alleged hijackers’ of the MCPA and to ‘vindicate’ its ‘integrity’.

The respondents urgently sought an Anton Piller order and an interim interdict to preserve the evidence of the MCPA’s operations and to limit the management and running of the MCPA to certain appointees. As directed by the Judge President, the applications were heard in camera. The orders were granted and thus, the Committee was temporarily dissolved and three persons were appointed to take over and conduct an investigation into the MCPA’s affairs and report back to the High Court regarding the allegations.

The respondents submitted that the applicants’ application is defective on many grounds, which included that the High Court’s orders are not appealable as it is not final in nature.

Due to the merits of the applicants’ application, the Court dismissed the application for leave to appeal based on the fact that there are no reasonable prospects of success. The Court further ordered the applicants to pay the costs of the first and second respondents on an attorney and client scale.

‘‘The scale of attorney and client is an extraordinary one which should be reserved for cases where it can be found that a litigant conducted itself in a clear and indubitably vexatious and reprehensible manner.  Such an award is exceptional and is intended to be very punitive and indicative of extreme opprobrium.’’

The Court also relied on Tjiroze v Appeal Board of the Financial Services Board [2020] ZACC 18; 2020 JDR 1413 (CC); 2021 (1) BCLR 59 (CC) where a punitive costs order was also awarded against an applicant, who abused the Court process and defamed a Judicial Officer, and it provided that legal professionals should understand the impact and weight of defamatory remarks against a Judicial Officer.

The Court held that the applicants did not come to the Court with clean hands as they were stubborn in persisting with the serious allegations against Roelofse AJ and the Judge President, although these allegations do not have a factual basis and were addressed by the Judge President himself in a letter. It is disgraceful that these allegations formed the main part of the applicants’ application for leave to appeal to the Court. The Court stated that the applicants “chose to sail a sinking ship into deeper litigious waters, and in the process relied heavily on these unsubstantiated and scandalous accusations as the rudder”. The Court held that the applicants’ actions were prejudicial and vexatious to the respondents who had to incur legal expenses on issues that ‘have no place in this Court’.

The Court was disappointed that the applicants did not make reference to the Judge President’s letter that addressed the accusations. The Court held that there was ‘little room’ to believe that the ‘learned Judges in the High Court’ had acted improperly as it is common practice to grant Anton Piller orders in camera. The applicants continued with their accusations while ignoring the facts, which is attempting to ‘mislead’ the Court. The Court has often awarded punitive costs orders for punishing attempts at misleading the Court. The applicants had ruthlessly defamed the two Judicial Officers as an attempt to build their case. The Court has limited judicial resources that cannot be wasted on litigant’s trying to bring shame, without justification, upon Judicial Officers in order to win their case. The Court made it clear that litigants who use these shameful approaches, as in this matter, must be aware that no mercy will be given regarding costs.

In addition, what was more troubling to the Court was that the applicants’ legal representatives were ‘experienced senior counsel’ who should have known better. This matter was not brought to the Court by a desperate litigant who did not have any representation.

The Court held that, in this matter, it would be only reasonable that punitive costs order be awarded, especially when ‘ethical and professional standards’ are lowered.

The Court emphasised the costly consequences for litigants who use unjustifiable approaches to further their case, as in this matter, by awarding punitive costs orders. It was made clear that the lowering of ethical and professional standards will not be entertained by the Court

Therefore, this case can be seen as a reminder, or even a warning, to all legal practitioners to ensure that the Court process is forever respected and observed with honour.