Medicinal Use of Psilocybin and its Legal Status in South Africa 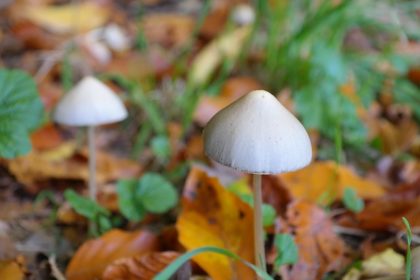 With the decriminalisation of the adult and private use, possession and cultivation of cannabis in 2018, many have touted psilocybin, the substance found in the hallucinogenic fungi (commonly referred to as “Magic Mushrooms”), as the next to follow suit. However, at present, the acquisition, use, possession, manufacture or supply of a Psilocybin is prohibited in South Africa.

More and more governments are opting to decriminalise the sale of psilocybin (in particular) as a result of medicinal research. The wealth of medicinal research now demonstrates that, far from being an immediate or long-term threat to the person taking it, there are various medicinal and psychological benefits to taking psilocybin, including in treating depression and addiction to habit-forming drugs, such as cocaine and nicotine.

This article will discuss sources of medicinal research of psilocybin and the potential beneficial uses which medicinal and scientific experts believe psilocybin could provide.

Various medicinal researchers have provided various forms of research on the medicinal benefits that come from psilocybin. Recent studies have shown that the use of psilocybin could have the potential to treat a range of psychiatric and behaviour disorders. These include the following: –

A study conducted in 2017 by the Imperial College London touted the benefits of psilocybin when dealing with depression. The study saw nineteen patients, struggling with depression, take two doses of synthesised psilocybin a week apart. The patients had two brain scans following each dose. Thereafter, researchers examined the scans and noted that there was a decrease in blood flow to certain areas of the brain linked to emotional processing, stress, and fear.

Furthermore, the research provided that “psilocybin produced large and significant decreases in clinician-rated and self-rated measures of depression, anxiety or mood disturbance, and increases in measures of quality of life, life meaning, death acceptance, and optimism. These effects were sustained at 6 months.”1

Dr. Robin Carhart-Harris, the lead author of the study and the head of psychedelic research at Imperial College London, said the compound could be a viable alternative to antidepressants, which mute emotions and have side effects that include sexual dysfunction.

John Hopkins University, a medicinal institution highly regarded in the psilocybin research sphere, conducted a study on the effects that psilocybin has on addiction.

The study, which primarily focused on smoking abstinence, found that two to three moderate to high doses (20 and 30 mg/70 kg) of the serotonin 2A receptor agonist psilocybin, in combination with cognitive behavioural therapy (CBT) for smoking cessation, resulted in substantially higher 6-month smoking abstinence rates than are typically observed with other medications or CBT alone.

The study concluded with the researchers providing the following: –

“These results suggest that in the context of a structured treatment program, psilocybin holds considerable promise in promoting long-term smoking abstinence. The present study adds to recent and historical evidence suggesting high success rates when using classic psychedelics in the treatment of addiction.”2

After the study, head researcher, Dr. Matthew Johnson (“Dr. Johnson”), stated that psilocybin has potential to treat other substance use disorders, including alcohol and cocaine addiction.

In a study published by Agin-Liebes et al in the Journal of Psychopharmacology,3 researchers found that psychotherapy involving psilocybin may aid in long-term relief from cancer-related psychiatric distress.

An earlier randomised controlled trial compared the effectiveness of single-dose psilocybin vs. niacin (a form of vitamin B3) plus psychotherapy in patients with cancer-related psychiatric distress. Findings from the earlier trial found that psychotherapy plus psilocybin improved psychiatric and existential distress, quality of life, and spiritual well-being up to 7 weeks prior to crossover. At almost 7 months after crossover, 60% to 80% of participants still reported clinically significant antidepressant and anxiety-reducing responses.

In the recent study, self-reported symptomatology was followed up over the long term in a group of patients who were included in the earlier parent trial. Fifteen participants agreed to follow-ups at an average of 3.2 and 4.5 years after the administration of psilocybin.

The following findings were reported by the researchers: –

“At both first and second follow-ups, participants reported reductions in feelings of anxiety, depression, hopelessness, demoralization, and anxiety about death. At 4.5-year follow-up, 60% to 80% of participants met clinically significant criteria for antidepressant or antianxiety responses. About 71% to 100% of patients included attributed positive life changes to psychotherapy plus psilocybin—with many rating it as among the “most personally meaningful and spiritually significant experiences of [their] lives.”

A distinction must be made between the legalisation of the medicinal and recreational use of psilocybin.

Some medicinal experts, leading the research on the clinical benefits of psychedelics as a medicinal treatment, remain wary about the recreational marketplace of psilocybin.

In a recent Observer article, Dr. Johnson, of John Hopkins University, said the following when discussing the legalisation of the recreational use of psilocybin: –

“The credible companies that I know about that are interested in psychedelics are developing them as medicines through established regulatory pathways like the FDA or international equivalents, rather than for a recreational marketplace. Psychedelics have very real risks, and these can be appropriately mitigated with the types of safeguards that we use in research and medicinal settings”

In discussing the possible consequences that come with unregulated use of recreational psilocybin, Dr Johnson further stated:

“The so-called ‘bad trip’ can sometimes lead to harm when such safeguards are not in place. However, some people find such challenging experiences to be clinically beneficial.

With the right safeguards, psilocybin has been given to healthy people with no disorders, and people with a variety of disorders like depression, whether or not the depression is treatment-resistant, and various substance use disorders.”4

Regardless of one’s disposition to psilocybin, from the emerging medicinal research of psilocybin, it is not difficult to see a future whereby the, lawful, medicinal use of psilocybin will be as common, if not more so, as the synthetic drugs that are presently used to treat psychiatric and behavioural disorders.

Providing insight into the medicinal uses of psilocybin in South Africa.