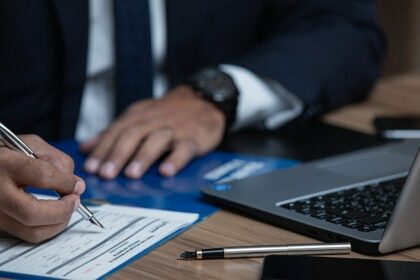 In this case the Appellant’s attorney brought an application in terms of rule 49(1) of the Magistrates’ Courts Rules for the recission of judgment granted by default. Rule 49 provides:

(1) A party to proceedings in which a default judgment has been given, or any person affected by such judgment, may within 20 days after obtaining knowledge of the judgment serve and file an application to court, on notice to all parties to the proceedings, for a recission or variation of the judgment and the court may, upon good cause shown, or if it is satisfied that there is good reason to do so, rescind or vary the default judgment on such terms as it deems fit… [my emphasis]

The Appellant in casu is appealing that judgment based on the argument that the Magistrate erred in applying the provisions of section 36(1) of the Magistrates’ Court Act 32 of 1944, when the application was brought in terms of Rule 49(1). Section 36 provides for what judgments may be rescinded, specifically:

(1) The court may, upon application by any person affected thereby, or, in cases falling under paragraph (c), suo motu –
(a) rescind or vary any judgment granted by it in the absence of the person against whom that judgment was granted;
…

The Appellant’s argument relies on the fact that, while section 36(1) refers only to “persons affected by the judgment”, rule 49(1) refers to a “party” to the proceedings which therefore allows other persons, such as the Appellant’s attorney or advocate, to bring an application on behalf of his/her client. The Appellant argues that this interpretation is in line with the definition of ‘party’ in Rule 2(1) which includes “an attorney or an advocate”.

The court found that the Appellant’s argument was flawed in many respects, specifically that the interpretation of the word “party” cannot be read in isolation to the context. As Rule 49 refers to judgments granted in default, the purpose is to provide a remedy for persons against whom judgment had been granted. Accordingly, the court held that an attorney does not have the direct legal interest in a matter but rather an indirect and general interest, nor is the judgment granted against them.

Further, the court held that to read the Rule so as to include an attorney or an advocate would be contrary to section 36(1) from which the Rule is derived.

Furthermore, regarding the Appellant’s contention that the Magistrate erred in relying on the section rather than the Rule, the Court held that this argument lacked merit. Magistrates are creatures of statute and thus obliged to consider and apply the empowering section above the Rule as Acts of Parliament supersede the Rules in cases of conflict.

This decision clarifies that an attorney requires the client’s authorisation to apply for the rescission of a judgment granted in default, without which the attorney will lack the requisite locus standi.