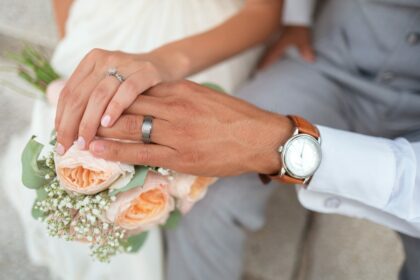 Requirements for a valid ANC

There are three types of Matrimonial Property Regimes to choose from in South Africa:

Marriage in community of property

A marriage in community of property means that after their marriage, the parties to the marriage will lose their separate estates, and a joint estate will be formed. All of the assets and liabilities of both parties will fall into the joint estate and every asset will be jointly owned by both parties. A similar circumstance occurs when there are more than two parties to a marriage, but this is explored more fully in other articles by the same author. When spouses own assets in a joint estate, they co-own each asset and are responsible jointly for every debt. This means that one spouse can be held liable for the debts of the other, and neither spouse can alienate (sell) or encumber (use as security for a loan) any of the jointly owned assets without the consent of the other spouse (there are certain limited exceptions to this).

Marriage out of community of property, without the application of the accrual system

If a couple wants to exclude the community of property regime as above, they must enter into an Antenuptial Contract (“ANC”) with each other to such effect and the ANC must be validly lodged and registered as explained above thereafter. This means that the document itself must be properly and fully signed before a Notary, and the Notary must execute same, before the marriage takes place. Further the Notary must thereafter lodge the ANC with the Deeds Office for registration, within three months of it being signed, failing which the ANC will not be valid and binding on third parties. If an ANC is signed but not lodged or thereafter registered in time, the ANC will only be binding on the spouses, but not third parties.

Where accrual applies, the parties will retain their separate estates after the marriage. The assets and liabilities of each of the spouses do not merge into a joint estate – they remain separately owned by the spouses and neither has a claim to the assets or any responsibility for the liabilities of the other spouse. The parties will also be entitled to perform any legal actions relating to their separate estates as they deem fit without having to obtain the consent of the other party.

When the marriage is dissolved there will be no division of any joint estate and there will also be no accrual to be calculated with neither party being entitled to an accrual claim.

Marriage out of community of property with accrual

All of the principles as set out above relating to marriage out of community of property, without accrual, remains applicable here. The only difference is that in addition, accrual will apply.

The calculation of the accrual of the respective estates basically works as follows (this is a very simplified explanation and there are many intricacies to the process omitted from this layman’s description):

The party with the smaller accrual will have an accrual claim against the party with the larger accrual. The accrual claim is equal to 50% of the difference between the larger accrual and the smaller accrual. It is possible for spouses to agree that accrual will operate on a basis other than 50/50 – they can stipulate the percentages that they would like to apply when they sign their ANC.

Certain assets are automatically excluded from the accrual calculation. Examples of these assets are:

So What Exactly is an ANC?

An Antenuptial Contract is an agreement entered into between two parties prior to their marriage and is often referred to as a “ANC”.

Requirements for a valid ANC

What can you do if you did not register an ANC prior to getting married and now you realise that you should have?

In terms of section 21 of the Matrimonial Property Act88 of 1984, spouses may apply to the High Court in order to change their Matrimonial Property Regime according to their wishes. The Court would have to be convinced that there exist good reasons for the proposed change, that sufficient notice has been given to all the relevant creditors and that no person will be prejudiced by the proposed change. It is also worth noting that such an application can be very expensive and cost tens of thousands of rands to successfully bring.

It is sad but true that all marriages will eventually end in either death or divorce. You need to carefully consider what will happen should you end in divorce.

It is imperative that all couples think of ways and means to govern their proprietary rights. What if your spouse becomes indebted? Who will protect you against his or her creditors?

Signing an ANC ensures that you will not be held liable for your spouse’s debts and it ensures that (if you have elected for accrual to apply) the growth during the marriage on assets not excluded for accrual purposes are shared between the spouses at the date of dissolution of the marriage. This is important for spouses who give up careers to stay home and look after children or who stop working for other reasons but who, nonetheless, contribute towards the growth of assets registered in the name of the other spouse during the marriage.

It is important to consider all your options in relation to the marriage regime chosen when deciding to marry your spouse to eliminate future complications.