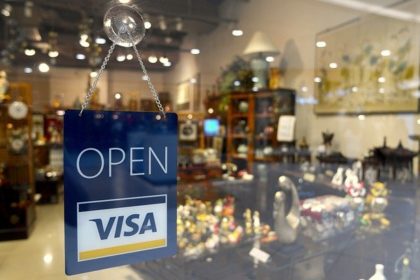 On 16 September 2016, Summit Financial Partners (Pty) Ltd (“the First Respondent”) lodged a complaint against Lewis Stores (Pty) Ltd (“the Appellant”) with the National Credit Regulator (“the Third Respondent”), alleging that the Appellant had been engaging in a prohibited practice under the National Credit Act 34 of 2005 (“the NCA”) by raising compulsory and unreasonable delivery charges in respect of goods sold, and was therefore in breach of section 102 of the NCA.

In the High Court, the Appellant (albeit unsuccessful) appealed the ruling in terms of section 148(2) of the NCA. The appeal to the Supreme Court of Appeal was with the leave of the High Court.

On appeal, the Supreme Court of Appeal (“SCA”) was required to determine firstly, whether a decision of the Tribunal (being the Third Respondent), to permit a direct referral to it in terms of s 141(1)(b) of the NCA is appealable in terms of s 148(2) of the NCA; secondly, what test should the Tribunal have applied in assessing the application; and thirdly, whether the First Respondent had satisfied the test.

The SCA considered the interpretation of the NCA, and the complaint procedure provided in chapter 7 of the Act. It held that, where the Regulator has issued a notice of non-referral, a complainant is, nevertheless, entitled, as of right, to refer the complaint directly to a consumer court having jurisdiction or, with the leave of the Tribunal, to the Tribunal.

The SCA held that the ruling which the Tribunal is required to make under section 141(1)(b) is not a decision, nor an order referred to in section 150. Rather, it involves the exercise of its’ other powers contemplated in section 27 and section 150.

On a proper construction of the NCA, the SCA held that the grant of leave to refer a complaint directly to the Tribunal is not a decision that must be arrived at in a hearing, and it is not susceptible to an appeal in terms of section 148 of the NCA.

In light thereof, the SCA held that section 148(2)(b) does not provide for an appeal as the Act requires a quick informal resolution of complaints, and an appeal to the High Court against a ruling by the Tribunal to allow a direct referral of a complaint to it is contrary to the purpose of the NCA.

The SCA accordingly dismissed the appeal.

The grant of leave to refer a complaint directly to the Tribunal is not a decision that must be arrived at in a hearing, and it is not susceptible to an appeal in terms of section 148 of the NCA.