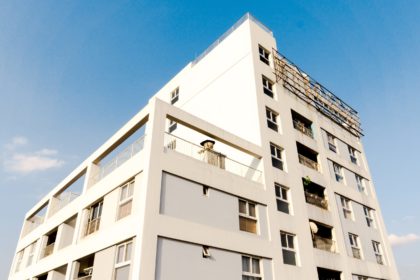 Amidst the uncertainty faced during the Covid-19 pandemic, a question that is often asked by homeowners within sectional title schemes is whether or not levies, which are ordinarily payable, will still be payable.

Firstly, it is necessary to explain what levies are, as well as the purpose of collecting levies. Levies (also referred to as contributions) can be described as monthly payments which are payable by members[2] of a sectional title scheme(“Scheme”) to the trustees or managing agent (if applicable) of that Scheme.

Levies are charged to ensure that a Scheme has the funds for all expected expenses of the Scheme, such as maintenance of the common property, managing agent fees, administration fees and the like.

In addition, it must be noted that Schemes may raise special levies in order to cover unforeseen, but necessary, costs that cannot be delayed.

Levies are dealt with in terms of the Sectional Titles Scheme Management Act (“STSMA”). Section 3(1)(c) of the STSMA, provides: [3]

“A body corporate must perform the functions entrusted to it by or under this Act or the rules, and such functions include requiring the owners, whenever necessary, to make contributions to such funds.”

When a member fails, refuses or neglects to pay levies to the Body Corporate (“BC”), a BC may invoke stringent means to collect the levies owed to it and these options will be discussed further in the article.

In addition to the STSMA, the Prescribed Management Rules (“PMR”) make mention of payment of levies/contributions by members. According to PMR 20, one of the sanctions a member can face for their inability to pay levies is that such member will be precluded from voting on ordinary resolutions. Whether PMR 20 acts as a deterrent or not is questionable, however, PMR 20 does limit a defaulting member from participating in a Scheme’s operations.[4]

As all members in a Scheme are bound to the specific rules of that Scheme, should any member be in default, the exact implications and consequences of such default would depend on their specific Scheme. Accordingly, before assuming how to treat a defaulting member, we would advise any concerned BC to consult the Conduct Rules of that Scheme to establish how to treat a defaulting member.

Lockdowns in response to COVID-19 have led to a significant increase in job losses and pay cuts, which has affected many South Africans. The consequence of this has been many South Africans becoming unable to meet their payment obligations (e.g. levies).

When dealing with the obligation to pay levies, it must be noted, members are obliged to make payment of levies in full at all times. This raises the question as to how to deal with disputed charges in cases where certain charges on a levy statement are disputed by a member. A member is required to pay the disputed amount and, only thereafter, the member may declare a dispute against the BC with either the Community Schemes Ombud Services (“CSOS”) and/or a relevant Court to challenge and recover these disputed amounts. Failure of a member to pay their monthly levies constitutes a violation of the quasi-contractual relationship between the member and their Scheme.

Whether the obligation to pay levies in full would apply in instances where a member raises the defence of force majeure,[5] as the reason for their failure to effect such payment, is a question that will surely come before our courts in the near future. However, as it stands, contributions remain payable to your BC unless directed otherwise by the Scheme itself.

For the purposes of this article, there are two main methods of collecting arrear levies from non-paying members, namely: –

An Applicant, such as the trustees on behalf of the BC, may approach CSOS for an order to compel a defaulting member to pay his/her monthly levies, which are owed to the BC.

“…any person may make an application, if such person is a party to, or affected materially by, the dispute in question …”

The process for initiating such a dispute is as follows: –

Section 39 of CSOSA deals with the types of relief that may be claimed at CSOS and, in terms of section 39(1)(e), it states that CSOS may grant the relief through “an order for the payment or re-payment of a contribution or any other amount”.

(For a more in-depth analysis of the enforcement of CSOS orders, see our article titled The CSOS Dispute Resolution Process in a Nutshell).[7]

A comprehensive analysis of the debt collection process followed in ordinary courts[8] is too detailed for the purposes of this article. However, we have attempted to summarise and distil the fundamentals of this process below.

Generally, the first step of this process would be to dispatch a letter of demand to the defaulting member (the “debtor”). However, while a letter of demand is not mandatory, it is advisable as such demand notifies the debtor of their breach and offers the debtor an opportunity to rectify the breach before the formal legal process ensues. Additionally, this shows the court that alternative steps to remedy the situation were taken before approaching it.

Thereafter, if the debtor fails to rectify their breach in the prescribed timeframe (provided in the letter of demand) the Plaintiff (being the BC, represented by its trustees) can proceed with a court summons. The summons initiates the formal legal process and it is required by law that the summons be served on the debtor personally (normally at the debtor’s Unit in the Scheme) by the sheriff of the court, in the area of jurisdiction of that specific Scheme.

Furthermore, if the debtor fails to abide by the court order after judgment has been granted, the Plaintiff may proceed with obtaining a warrant of execution[10] against the moveable property of the debtor.

Alternatively, and in instances where the debtor’s movables are insufficient to settle the judgment debt, a further application,[11] rendering the defaulting member’s unit in the Scheme (being immovable property) as specifically executable, can be brought before the Court. As a result of a successful application, the unit will be placed and sold on auction, in an attempt to settle the balance of the debt owed (i.e. the levies) owed to the BC). However, it is important to note that movable property will almost always be attached and executed on first, and only where realised amounts do not satisfy the judgement debt will the unit itself then be executable.

While it is clear that the process of collecting and enforcing the payment of levies can be quite nuanced, the obligation to pay levies is not optional.

Accordingly, despite the difficulties and circumstances currently faced as a result of the pandemic, it is unlawful to withhold the levies payable to your Scheme. If a member is struggling or foresees a potential struggle to meet this obligation, we would advise that such person should contact their Scheme’s trustees and/or managing agent to attempt to resolve the issue amicably. The trustees and/or managing agent will be able to advise what relief and/or payment holiday, if any, can apply to the member of the Scheme or the possibility of entering into a payment arrangement. Furthermore, should a member fail to meet such payment obligations and/or make alternative arrangements with their Scheme, there is a high probability that the BC could institute legal action against such debtor at CSOS or at court, through the use of attorneys. We here at Schindlers are experienced in both the debt collection process at CSOS and at Court, and can advise you regarding the same should you require legal assistance with such matters.

[2] A member can include an owner or a tenant of a Unit within a sectional title scheme, [3] Sectional Titles Scheme Management Act 8 of 2011. [4] Sanction will come into effect once Court or Adjudicator has received an order in the Body Corporates favour. [5] Unforeseeable circumstances that prevent someone from fulfilling a contract/obligation. [6] Community Schemes Ombud Service Act 9 of 2011. [7] https://www.schindlers.co.za/2019/the-csos-dispute-resolution-process-in-a-nutshell/ [8] Magistrates Court and High Court (where jurisdiction permits) [9] Usually required within 10 days of service by Sheriff for Magistrates Court matters and 15 days for High Court matters. [10] Moveable’s to be attached and sold in a sale of execution wit

h the aim of settling a judgment debt owed to Plaintiff.