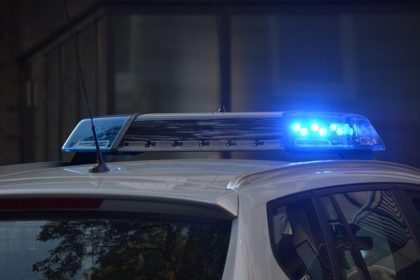 Hypothetically at least, public roads are public property, and everyone has an equal right to use them and further, to be safe when using them. Are certain persons above the law, however, and permitted to speed, drive through red traffic lights, or drive up the shoulder? If so, in what circumstances? The Presidential Protection Unit (“PPU”), also known as “the Blue Light Brigade”, is often reported as driving as if it is entitled to break the rules. This causes great concern where other road users feel as if they are being put in danger.

This article will firstly analyze the road traffic regulations and possible exemptions which may be applicable to certain person members. Secondly, this article will look at the possible criminal liability of the PPU.

What is the Blue Light Brigade?

In terms of regulation 308(1)(h) of the Regulations issued under the National Road Traffic Act 93 of 1996 (hereinafter “the Act”) any person driving or having a vehicle on a public road is required to “give an immediate and absolute right of way to a vehicle sounding a device or bell or displaying an identification lamp in terms of section 58(3) or 60 or regulation 176”. Section 58(3) permits the driver of emergency vehicles, a traffic officer, and duly authorised drivers, as well as, particularly, a “person appointed in terms of the South African Police Service Act who drives a vehicle in the carrying out of his or her duties” to disregard the directions of a road traffic sign displayed in the prescribed manner.

There are two pre-conditions that such drivers must adhere to. Firstly the vehicle concerned must be driven “with due regard to the safety of other traffic”; and secondly that such vehicle must be fitted with a device capable of prescribed sound and a prescribed identification lamp, both of which must be in operation during such driving.

Section 60 mirrors the provision in section 58(3), allowing for certain drivers to exceed the speed limit, subject to the same provisos. Regulation 176 authorizes a member of the South African Police Service (along with a member of a municipal police service, a traffic officer, and a member of the South African Defence Force performing police functions) to utilize a lamp emitting a blue light in the exercise of his or her duties.

The members of the PPU are thus likely South African Police Service officers who are allocated to the unit, and when they are acting as such, by protecting the President, they are lawfully permitted to display a blue lamp and to break certain road rules, provided that they drive with due care for other road users. However, there could be other persons who are displaying lamps and who are authorized by this legislation to break certain road rules. Typically this would include police and other law enforcement officers, as well as ambulance, fire engine and other emergency vehicle drivers. The phrase “blue light brigade” is thus usually used to refer to the PPU, but could hypothetically also refer to any of these other authorized persons.

The section 63(1) of the Act provides that it is an offence for any person to drive a vehicle recklessly or negligently on a road. Section 58(3) provides that the safety of other road users must be considered. Reckless driving includes “inconsiderate” or “careless” driving which might pose a “risk of harm” to other drivers.

Where a Blue Light Brigades member drives inconsiderately such driving could be regarded as a form of reckless driving in that there is a disregard for the safety of other road users. PPU members could also be held liable for gross negligence where they pose a threat to property or persons. The Blue Light Brigades member could therefore arguably be found guilty of a crime such as assault, assault with intent to cause grievous bodily harm or even murder if all the elements of these crimes are present, including dolus eventualis.

Should a Blue Light Brigade member be charged with an offence, they might rely on the provisions of 58(3)(a) of the Act and aver that they fall within the exemptions of this section in that “due regard” was paid to the safety of other road users, or alternatively they may raise a ground of justification, which may exclude the unlawfulness of their actions. Grounds of justification that may be relied upon in both common-law and statutory offences in this context are necessity, private defence and official capacity.

Necessity is a ground of justification that is raised when a person is “faced with human threats” or “overwhelming force of surrounding circumstances” which causes harm to innocent third parties or to their property.[2] It must be necessary and it is not sufficient if the threat is only expected in the future, as it must be imminent or have commenced.

Private defence is the term used when a person uses force to fight off an unlawful attack which has commenced, or is imminently threatening upon such person’s or another’s life, property, bodily integrity or other interest which deserves to be protected, as long as such defensive act is necessary to protect the interest which is threatened, is aimed at the attacker and is reasonably proportionate to the attack.[3]

If a police member or member of the PPU performs an act in the execution of his or her duties arising from the office he or she holds, such person may be able to raise the ground of justification known as official capacity to exclude unlawfulness[4].

Is Speeding to a Meeting Permitted?

It is doubtful whether racing to a meeting or event for which the VIP is late falls within the definition of “execution of duties”.

In the more recent case of S v Fourie, a regional court magistrate was found guilty of exceeding the speed limit where he had raised official capacity as a ground of justification. Msimang AJ held that the interests to be protected by the Road Traffic Act remain “the physical safety of the members of the public[5]”, and that the act of speeding by the magistrate “cannot be countenanced by the legal convictions of the community[6]”.

The ongoing challenge posed by “blue-light driving” is further reflected in the recent conviction and sentencing for reckless driving of Joseph Semitjie, the driver of then Gauteng Housing MEC Humphrey Mmemezi, after he skipped a red light and collided with young motorcyclist Thomas Ferreira, causing serious head injuries along with convictions on related charges, Semitjie was sentenced to an effective five years in prison.

Where Blue Light Brigades members act in contravention of statutory traffic laws when they are not on duty, or when they are speeding to deliver a VIP to a meeting, this might not fall within the parameters of the exemption from prosecution based on the driver having acted within the course and scope of his duties. The drivers of these vehicles may, however, also be charged with other crimes to which they may still raise a ground of justification such as necessity, official capacity or private defence to exclude the unlawfulness of their actions.

Where there is bullying behaviour in the form of inconsiderate driving, it has been shown that this can be considered to be a disregard (that is, no due regard) for the safety of other road users and the exemptions in sections 58(3) and 60 of the National Road Traffic Act 93 of 1996 would consequently not be applicable.