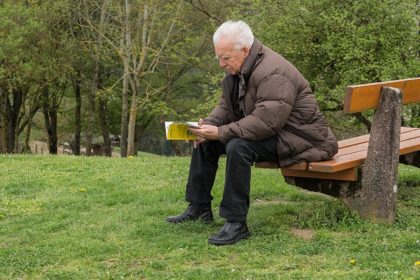 On 26 July 2018, the Applicant received communication from the Respondent’s attorneys stating that should the Applicant fail to sign the subsequent service agreement his employment would be terminated. In response to this, the Applicant emphasised that he would not consent to the service agreement and would continue to be a shareholder in both Strawberry Bush and the Respondent. Shortly thereafter, the Respondent advised the Applicant that his employment with it would terminate as of 31 August 2018, notwithstanding the fact that the fixed-term contract previously concluded had expired on 30 June 2018. Pursuant to this, the Applicant approached the Commission for Conciliation, Mediation and Arbitration (the “CCMA”) alleging that he had been unfairly dismissal in terms of Section 187(1)(c) of the Labour Relations Act (the “LRA”).[1]

Does Section 187(1)(c) of the LRA find any application in a dismissal that concerns an individual employee?

The Applicant approached the CCMA to conciliate the matter, which subsequently failed. Thereafter, the dispute was referred to the Labour Court (the “Court”), where the Applicant alleged that his dismissal was automatically unfair on the basis that the cause of his dismissal was his refusal to succumb to the Respondent’s demand to sell his shares in both the Respondent and/or Strawberry Bush, as envisaged by the proposed service agreement. The Respondent took exception to the Applicant’s claim on the basis that the cause of action relied upon by the Applicant, for the purposes of Section 187(1)(c) of the LRA, did not concern a matter of mutual interest as is required by the aforesaid provision. Moreover, the question of the Applicant’s shareholdings in both companies, and more specifically the value thereof, is not governed by the LRA. Further, the Respondent maintained that the allegation that the Applicant’s dismissal was based on his refusal to sell his shares spoke to the relationship he had with the companies in question and not his employer. As such, the dispute at hand did not concern a mutual interest. Accordingly, the Respondent contended that Section 187(1)(c) of the LRA has no application in the present dispute and that the Applicant accordingly has no cause of action.

In determining whether the dismissal of the Applicant by the Respondent was automatically unfair the Court interpreted the wording of Section 187 (1)(c) of the LRA in terms of application. In doing so, the Court succinctly summarised the provision as meaning that “an employer could not legitimately resort to dismissal as part of the power play in a collective dispute”.[2] In addition to this, the Court emphasised that Section 187 (1)(c) of the LRA applies to collective bargaining in relation to the employment relationship, where a group is concerned, and not to individual employees. Accordingly, for this section of the LRA to be applicable, the employer in question must have made demands to no less than two employees, during the collective bargaining process, who are then subsequently dismissed for refusing to observe such demands, which was not the case in the present dispute. That being said, this provision does not preclude an employer from substantiating just reasons for any dismissal. In light of this, the Respondent’s exception was upheld by the Court who remitted the matter to the CCMA for arbitration on the merits of the Applicant’s claims based on substantively and procedurally unfair dismissal.

This decision reiterates the purpose of  Section 187(1)(c) of the Labour Relations Act, which is to protect the integrity of the collective bargaining process within a company.

[1] Section 187(1)(c) of the Labour Relations Act, 66 of 1995, reads as follows: ‘A dismissal is automatically unfair if the employer, in dismissing the employee, acts contrary to section 5 or, if the reason for the dismissal is- … a refusal by employees to accept a demand in respect of any matter of mutual interest between them and their employer.’ [2] Jacobson v VITALAB (2019) 40 ILJ 2363 (LC) at para 15.
Jacobson v VITALABDownload
Download PDF Article
Share Article:
Tagged under: Coronavirus, COVID-19, department of employment and larbour, employers, OHSA, WFM, WHO
TOP